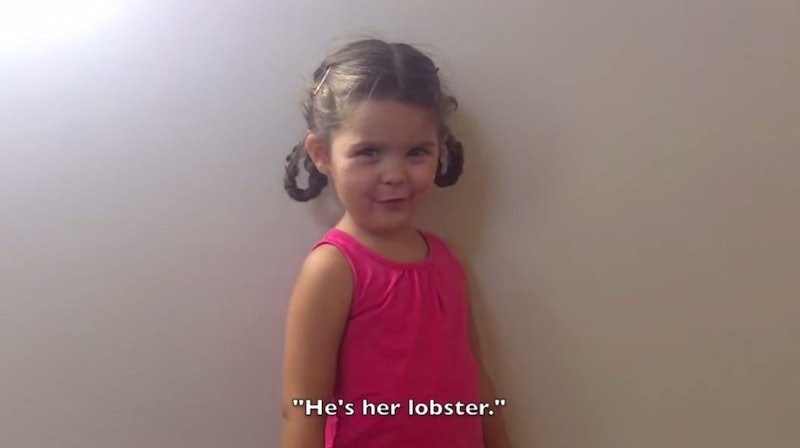 I know you think you're the biggest Friends fan ever because you can recite every episode of Friends that's ever aired thanks to both watching the TBS reruns and owning every individual season on DVD plus the box set, but I'm sorry to say you're wrong. I know this must be a hard pill to swallow, but you'll believe me once you see this video of the real biggest Friends fan ever: A 3-year-old girl named Annie can recite basically every iconic Friends line worth remembering, and she does it all by heart, because that's just how deep her love for the long-running sitcom (that aired before she was even born!) runs. It's inspirational, really.

Well, you know...either that, or her parents are Friends fanatics and she is the product of them sitting her in front of Friends reruns all day to pass on their obsession with the show. I'd be slightly surprised if that were the case, though, because you'd think she'd be named Monica, or Rachel, or Phoebe (or even Janice!) instead of Annie — so I'm just gonna choose to believe this kid has better taste at the age of three than I had at the age of 15.

Plus, according to Buzzfeed, the kid's parent is actually Buzzfeed Parents editor Mike Spohr, so I think there's more indication that she's just that awesome, even at the age of three. There's even another video of her making guacamole . I don't think I even knew what guacamole was when I was that young.

Anyway, in addition to the adorable Annie reciting lines from the show, the video also includes her beautiful cover of Phoebe's "Smelly Cat," all while she strums on a guitar that is literally larger than she herself is. Videos like this are why the Internet exists. Check it out below.