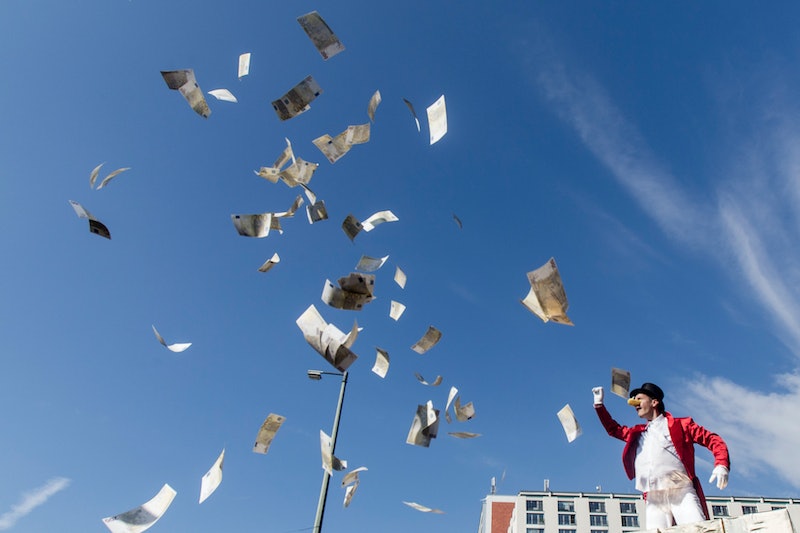 Once, it was private airplanes and VIP suites — now, the rich can convene, incubated away from the grubby lower classes, on an unsearchable section of the Internet. Netropolitan, a social network for the wealthy, costs a cool $9,000 to join. Its comparison to an online country club is apt, because just like the age-old members-only clubs, Netropolitan is equally exclusive in its features and amenities. Great, just what we need!

Seeing that popular social networks like Facebook and Twitter had one fundamental flaw — they were free and open for anyone to use (the nerve) — New York City–based composer James Touchi-Peters created the site because he had trouble meeting people he could relate to on other social networks. Poor guy. Imagine hoarding all those factoids on Learjets without anyone to share them with! Can't a single person out there tell him where to bid on a 15th-century Ming Dynasty vase with dragon details?

So Touchi-Peters decided to grab a stack from the top of his pile of money and start his own social network. On Tuesday, he unveiled Netropolitan, a safe space for the filthy rich to talk about the finer things in life, like wine, sports cars, vacation destinations, and mass exploitation.

Describing itself as "the world's most exclusive online community," Netropolitan also uses douchey slogans like "the online country club for people with more money than time." Seriously, it says that on the homepage.

For a registration fee of $6,000, plus an annual membership fee of $3,000, you, too, can join Netropolitan. And if you do, here are all the rich-people-only privileges you'll get.

Since the venture will make absurd amounts of money from its members, it doesn't need to rely on advertisement revenue. Ads are so bourgie anyway and should be relegated to the middle-class masses. But Netropolitan does allow members to advertise and sell stuff to each other, like original Warhols and islands and whatever.

Netropolitan is not indexed on Google and is virtually inaccessible on the public Internet. Member transmissions to and from the site are encrypted. Because the rich probably get into some pretty freaky sh*t and they have the right to compare notes in private — plus, nobody needs to know about that.