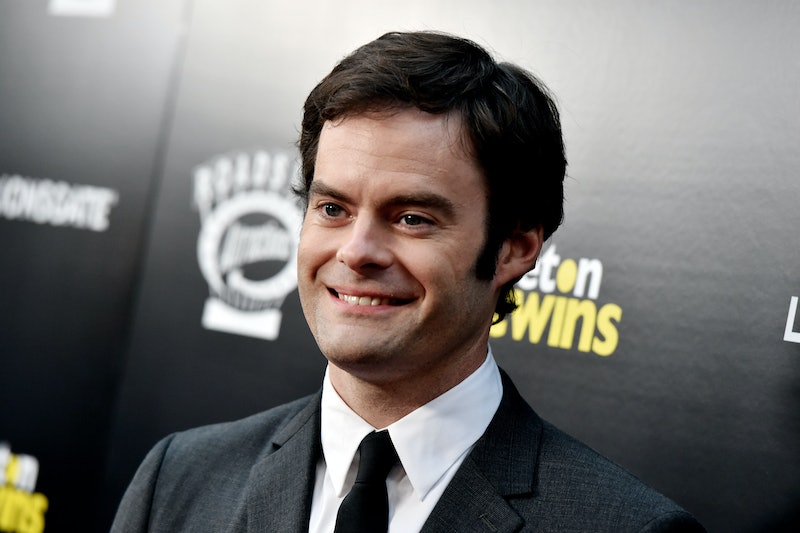 Th 40th season of Saturday Night Live's shaping up to be a cool one — at least where hosts are concerned. We've already heard that the season will be opening with Guardians Of the Galaxy/Parks and Recreation star Chris Pratt, followed by recent Emmy-winner Sarah Silverman. Then we'll get into the SNL alumni base: Bill Hader's hosting the Oct 11 SNL episode. I think we all know what that means.

Hader spent eight years on SNL (2005-2013) and earned two Emmy nominations for his time there. His return will no doubt help promote another project he's got going with a fellow SNL alum: The Skeleton Twins, in which he co-stars with Kristen Wiig. That premiered under a limited release recently, and it's no secret SNL overlord Lorne Michals tends to like to show his support for most of his alumni.

Hader's return also means something pretty exciting for fans of his SNL heyday: The likely return of his beloved character, Stefon, to Weekend Update. Let's face it: Hader's great all around, but wouldn't feel right to have a Hader return sans Stefon. You just can't do it. You've gotta have both. And with the Weekend Update situation in flux, it'd definitely be comforting to have a tried and true Update character around within that first batch of episodes.

And come on, we've gotta catch up with what the latest clubs are — even if Stefon's clearly speaking out of his ass. The only thing really bumming me out here is that seasoned Stefon writer John Mulaney's absconded to his own show and so probably won't be milling around the SNL offices available to write new material. But that won't stop me reminiscing about the good old days:

Hader & Samberg Have An Impression-Off

This was their introduction as featured players. Adorable. Such young faces!