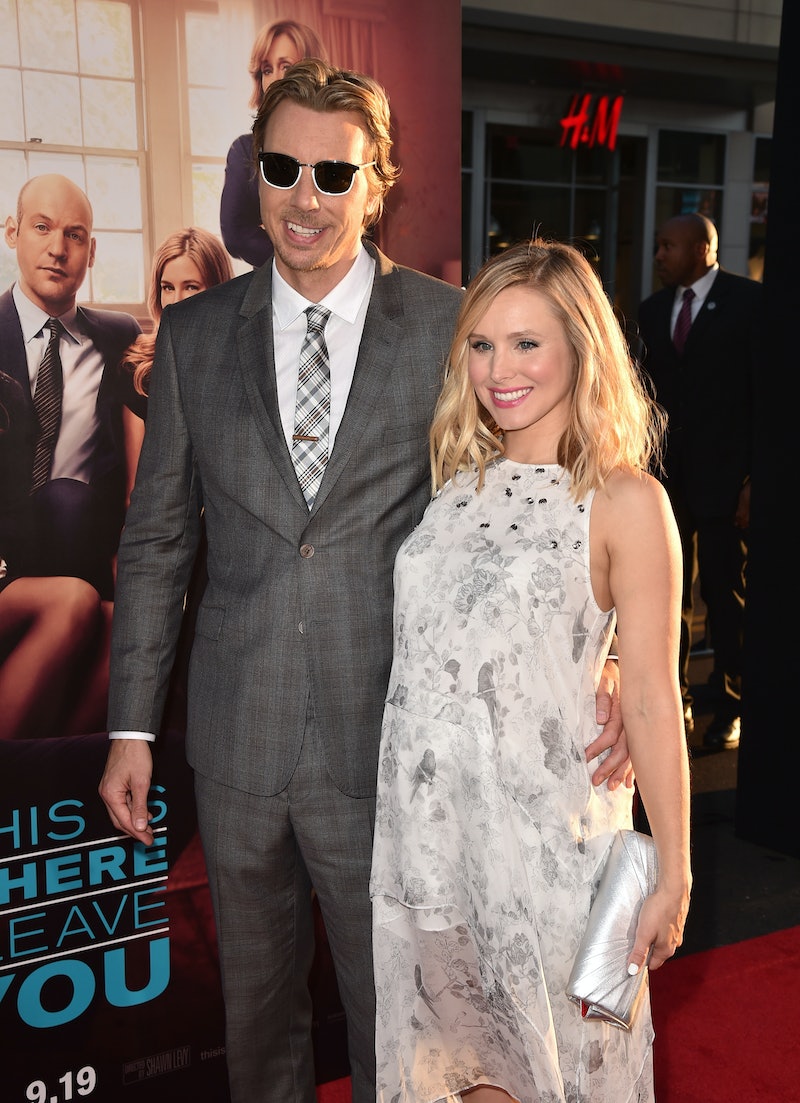 Even if you're not in the market to buy a new tablet soon, this commercial is definitely worth watching right this instant — it is that amazing, solely due to its stars: The cutest married couple ever. Kristen Bell and Dax Shepard starred in a commercial together for the Samsung Galaxy tablet, and I can confidently say that this is the most adorable tablet commercial in the history of tablet commercials. Perhaps, this is even the most adorable commercial in the history of commercials in general — these two just seem to have the adorable effect on everything they touch, you know?

The ad, which is supposed to focus on how much Bell and Shepard's Galaxy Tab S helps them out with their (adorable) day-to-day routines, doesn't even seem like it's advertising anything at first glance. Instead, it feels like a sort of look into the couple's (adorable) life, complete with Bell's love of adorable animal videos, Shepard's inability to pull off a convincing British accent, and their mutual adoration of The Princess Bride.

Truth be told, after watching this, I almost want one of these tablets now so I can have as adorable of an existence as these two, even though my life currently has barely anything in common with theirs other than the fact that I love sloths more than most things in life. WE CAN ALL DREAM.

Check out the ad below.

More like this
The 10 Best Waterproof Watches For Swimming
By Lauren Moison
Jake Daniels Just Became The UK’s First Active Football Player To Come Out As Gay Since 1990
By Sam Ramsden
What Is Jeanie Buss' Net Worth? The Lakers President Is Uber Rich
By Hugh McIntyre
On TikTok, Miley Cyrus’ “Malibu” Is The Soundtrack Of Growth
By Courtney Young
Get Even More From Bustle — Sign Up For The Newsletter