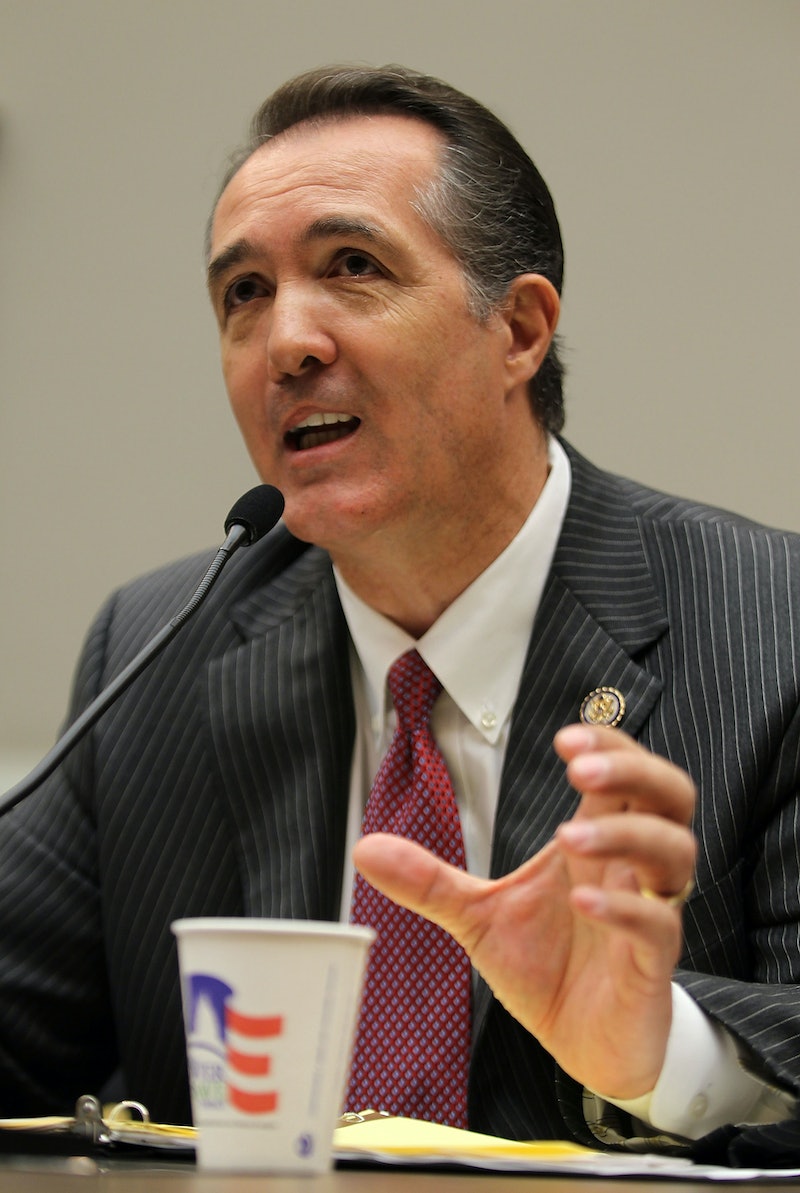 Representative Trent Franks has joined the likes of Todd Akin, and well, a ton of other Republicans, after his remarks on rapes resulting in pregnancies on Wednesday.

Franks, a Republican from Arizona, offered a bill that would ban abortions after a fetus has reached 20 weeks, instead of the current 24. The bill was considered yesterday in the House Judiciary Committee, where Franks made the remark.

“Before, when my friends on the left side of the aisle here tried to make rape and incest the subject, because, you know, the incidence of rape resulting in pregnancy are very low,” Franks said.

The bill passed in committee by a party line vote.

Franks may have been an unknown before his comments gained him national attention, and now it seems that everyone is weighing in on the matter. He even drew heat from his own party: Gabriel Gomez, a Republican Senate candidate from Massachusetts, called Franks a "moron," a statement that Democrats and Pro-Choice supporters likely agree with. Others have labeled Franks the new Todd Akin, who's an expert on "legitimate rape."

More officially, the National Abortion and Reproductive Rights Action League (NARAL), put Franks' bill on their homepage and have asked pro-choice supporters to write their legislators.