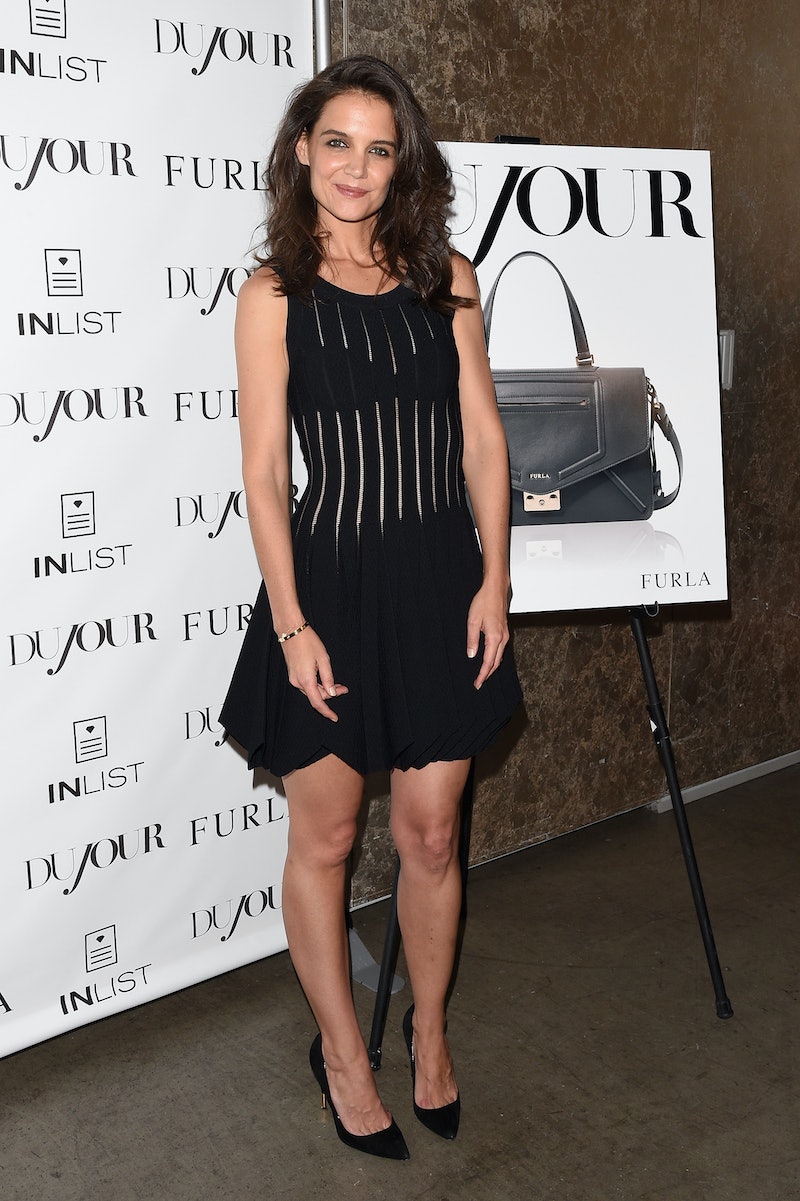 It seems, at this point, that the question of whether or not a Dawson's Creek reunion will ever happen is a question as old as time. And I know the cast must be tired of answering questions about whether or not it will ever happen. But, seriously — maybe if someone would just give us a straight, concrete, "yes" or "no" answer for once, maybe we all wouldn't be so desperate to know. Take this new piece for example: In an interview with Gossip Cop, Katie Holmes mentions the Dawson's Creek reunion possibilities without really saying anything about it, and now, I and millions of other fans are left even more confused than before. At least when it was brought up with Joshua Jackson, he said he didn't think it would ever happen.

"It was innocent at a time when innocence was very valued and present," Holmes said of the show's legacy. As for the reunion, though, her answe basically tells us nothing: "But it had that teen angst that really revealed what everybody was going through...maybe we all want to feel those feelings again. I don’t know. Maybe that’s why they want a reunion."

But what about a reunion actually happening?!

"It’s hugely flattering. We had a great time working on it."

Yep, so, in other words, she basically just told us nothing.

At least we'll always have rumors about whether or not it will happen...it's scant consolation, but beggars can't be choosers, I guess.