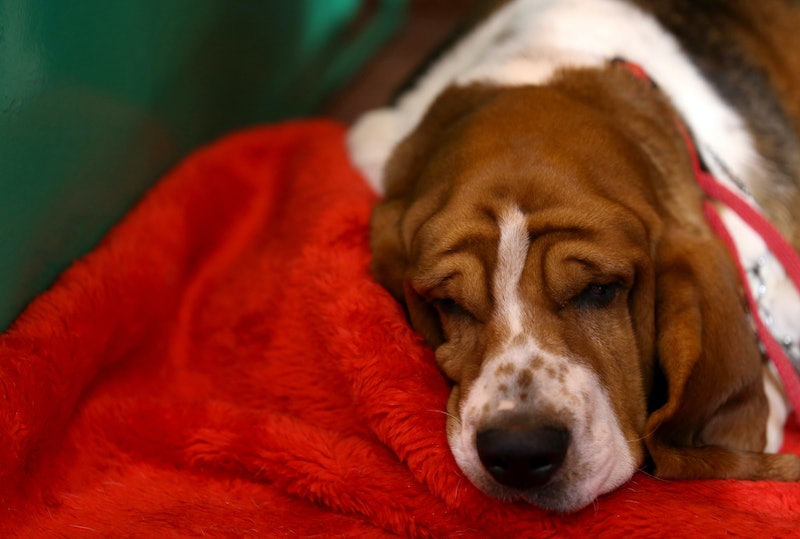 Have you been trying to balance your need for sleep with your love for late night blogging even though you have to work at 7 a.m.? A recent study published in the journal Sleep looked at how much sleep adults need, and the results don't bode well for my fellow Internet addicts.

The study used data from a survey conducted by the Finnish Social Insurance Institution to correlate the number of sick absences from work with reported "sleep disturbances" such as early morning wakefulness or insomnia. The results found that the lowest number of sick days was associated with 7.6 hours of sleep for women, and 7.8 hours for men.

There aren't just differences for sleep needs between genders; the CDC website lists that different ages require different amounts of sleep, which explains why the seven hours that made you feel like you were going to collapse from exhaustion at age 15 now feel like enough sleep for a week. (However, TIME magazine reported that despite common wisdom, teens might need less sleep than scientists previously thought.) Quality of sleep also matters, according to the National Sleep Foundation. Disturbances interrupt the stages of sleep, which can lead to feeling less rested when you wake up.

So there you have it, folks: just over 7.5 hours a night is ideal. If you're anything like me, that's a pretty high estimate when there are so many cat photos to reblog, but luckily, that's why some incredible human being discovered coffee.

More like this
5 Crystals To Manifest Better Sleep
By Megan McCarty
5 Crystals For Anxiety
By Megan McCarty
The 11 Best Sheets For Night Sweats
By Megan Gray
What Is “Night Luxe?” Breaking Down TikTok’s New Aesthetic
By Courtney Young
Get Even More From Bustle — Sign Up For The Newsletter