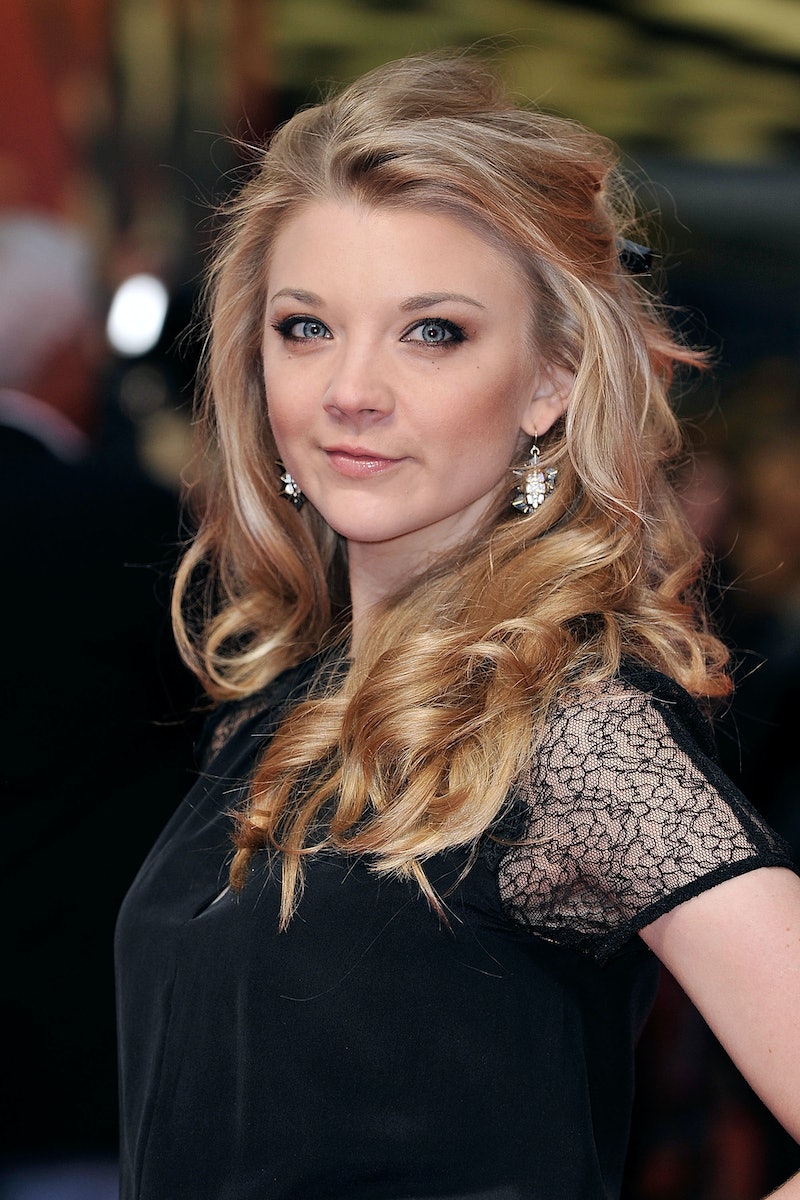 Natalie Dormer, the actress most well-known for her roles in Game of Thrones and The Tudors, has joined the cast of The Hunger Games: Mockingjay, according to the Catching Fire Twitter feed.

The British actress is set to play film director Cressida, a fellow member of the rebellion against the Capitol led by Jennifer Lawrence's Katniss. Though Dormer has appeared in blockbuster TV series in the past — most notably, playing Margaery Tyrell in HBO's Game of Thrones — Mockingjay's Cressida will mark her most high-profile role to date.

Dormer is set to appear in both Mockingjay films. (Lionsgate opted to divide Suzanne Collins' final book in her Hunger Games trilogy in two parts.) But how she'll look in both films is still in question — Cressida, a director who shoots footage of Katniss and the war's damage in District 13, is described in Collins' book as tattooed woman... who is bald.

Whether that means we can expect a bald cap or a real-life look similar to another Natalie (Portman, that is) in V for Vendetta remains to be seen. But considering how much Elizabeth Banks' look transformed in order to play Hunger Games' Effie Trinket, it's safe to say Dormer in disguise will be much different than we're used to seeing in Westeros.