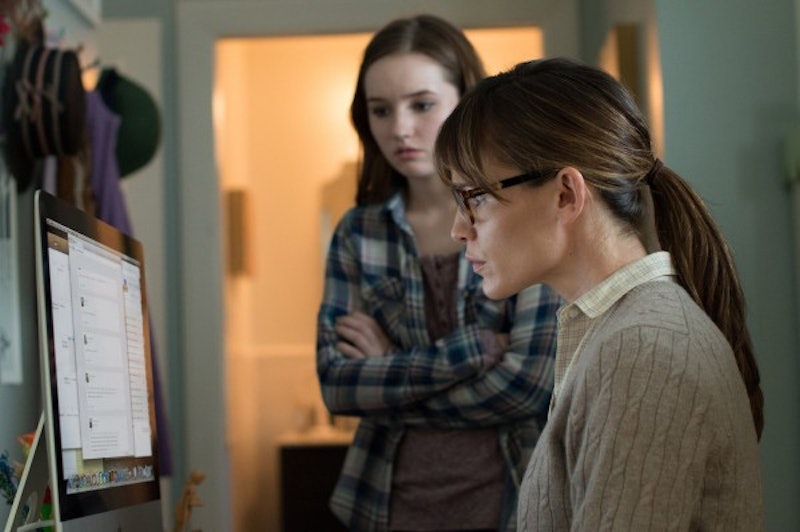 Want to see a really morose, dimly lit movie with a bunch of super talented actors? *Sighs* Yeah, me too. We're all slightly masochistic, aren't we? This film, Men, Women & Children gives off a distinctly unsettled and melancholy vibe, but the subject material certainly warrants it. What with the social media obsession and horrific exploitation of children. And, perhaps it's so sullen because it's trying to evoke something from it's audience. A reaction or maybe a revolution-- maybe something smaller. Or just for the movie goers to look away from their phones for two hours as the film plays on the big screen. Clearly, the film makers are a bunch of optimists.

The film stars dreamy newcomer Ansel Elgort, as well as Jennifer Garner, Adam Sandler, and Judy Greer. And it looks like its actually going to be pretty damn good, if you ask me. Aside from that fact, Elgort's been promoting this movie for awhile on his Twitter, and on September 15th he tweeted a diatribe with sentiments like, "Next time you are hanging out with your friends see if you can all put your phones in airplane mode or leave them at home," later explaining the plea by tweeting, "My next movie #menwomenandchildren really covers this topic and this discussion. How much does technology rule our relationships."

So help an up and coming leading man with his film, will ya? We can't give all the potential roles to Liam Hemsworth and Zac Efron. Although, you know, would that be the worst thing?

Check out the trailer for Men, Women & Children below: