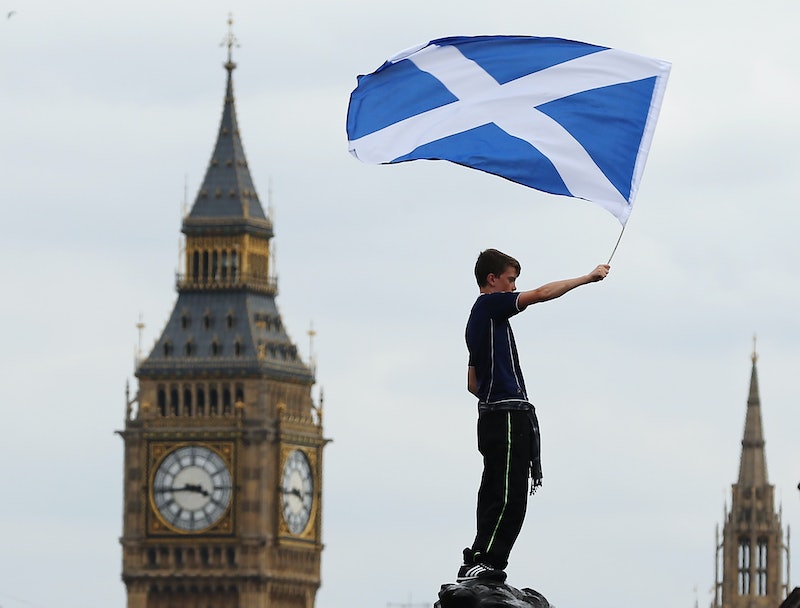 All over Scotland, ballots are being cast in a race that will decide the future of the United Kingdom: will Scotland keep its 307-year-old union with England, or become an independent country? The polls have it neck-and-neck, with most analysts saying it's too close to call — but one person sure is certain. A Londoner has taken a million dollar bet that Scotland will vote no to independence, the biggest political bet the UK's seen in a hundred years. And the guy's not even Scottish.

The day of the Scottish Referendum is finally here. Over four million Scots have heard the politicians, seen the campaigns, and ultimately chosen a side. Some will vote yes, some will vote no, but it's estimated that 97 percent of the population will show up to cast a ballot. And one person — an anonymous Englishman from West London — has a lot invested in the result. In fact, he's got £900,000 invested, an amount which equates to just under $1.5 million.

Think this is a hoax, or some drunken Saturday night mistake? Think again. This guys is secure. He started the bet back in June 2014, placing £400,000 on a "no" vote at a UK bookie company, William Hill. He then went back — twice — in August to add another £200,000. He added a final hundred grand this week, and now, if Scotland chooses to stay with England, he will walk out a veritable millionaire.

Now, today — Tuesday — he has come back in and placed an additional £100,000 on the same outcome. This adds up to the biggest bet of the century on any subject with us - and almost certainly with any bookmaker. This man is confident, if not entirely convinced, that his gamble will pay off — in fact, he has called it an ‘investment’. He isn't yet sure how or where he will discover the outcome of the Referendum. All three bets have been placed in the same branch of William Hill in south-west London.

But the numbers haven't deterred Mr. Anonymous Gambler, and apparently, he's not the only one. According to the Financial Times, a total of over $65 million has been placed on the results of the Referendum in bookmakers across the country. Interestingly, in Scotland, people are betting more on the "Yes" vote, while the rest of the UK is gambling on Scots keeping the union (wishful thinking, much?).

This is on course to be the biggest political betting event in history with an estimated £40m bet across the industry. We took over £100,000 worth of bets this Monday alone. Several bookmakers reported a clear geographical divide in betting patterns. Ladbrokes have seen a 70-30 per cent split in favour of Yes in Scotland but the reverse in the rest of the UK. Yes bettors tend to place smaller stakes, perhaps reflecting a perception that there is more value in that side; by overall UK volume, therefore, Yes bets are in the majority, but No stakes tend to be much higher.

When the results come in Friday, for many, this will mean all the emotions associated with the birth — or death — of an independent Scotland. But I for one will be thinking of Mr. Anonymous Gambler and his million dollar winnings — or losings, as the case may be.