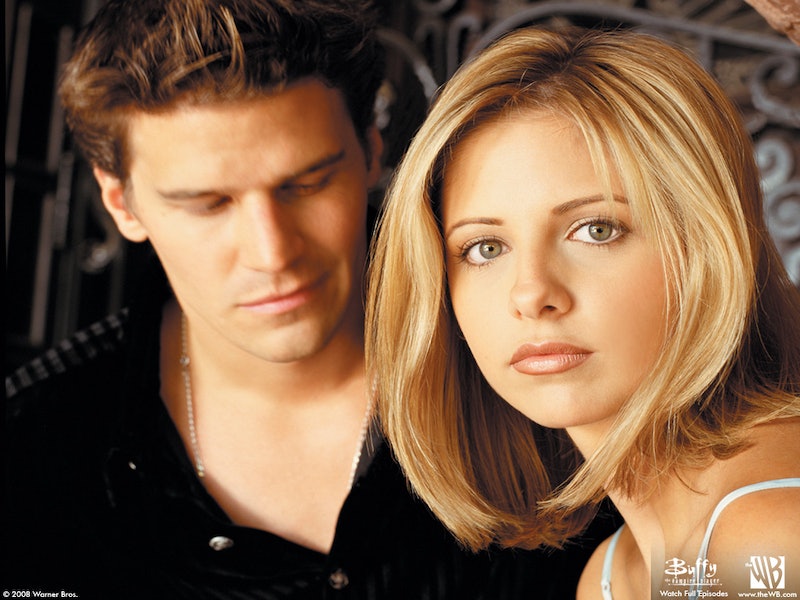 We've always known that Buffy the Vampire Slayer was the best, original sexy vampire show. But kids these days, with their Twilight and their Vampire Diaries, they have no idea! Good thing Buffy mastermind Joss Whedon is here to set them all straight in his interview with Entertainment Weekly:

A small part of you is like: ‘Well, you know, I did that first. I liked that band before they were popular. The thing about Buffy for me is — on a show-by-show basis — are there female characters who are being empowered, who are driving the narrative? The Twilight thing and a lot of these franchise attempts coming out, everything rests on what this girl will do, but she’s completely passive, or not really knowing what the hell is going on. And that’s incredibly frustrating to me because a lot of what’s taking on the oeuvre of Buffy, is actually a reaction against it. Everything is there — except for the Buffy. A lot of things aimed at the younger kids is just Choosing Boyfriends: The Movie.

Buffy could've easily become Twilight, with the pained, passionate narrative between Angel and Buffy, but the point of the show was never seeing who Buffy ends up with — the people she fell in love with were just part of her growing into a successful human being, just like the rest of us who don't have vampire boyfriends. That's what made Buffy a landmark show, instead of just a popular trend.

Speaking of popular trends, I have a bad feeling that we'll be seeing Choosing Boyfriends: The Movie hit theaters sometime soon ...