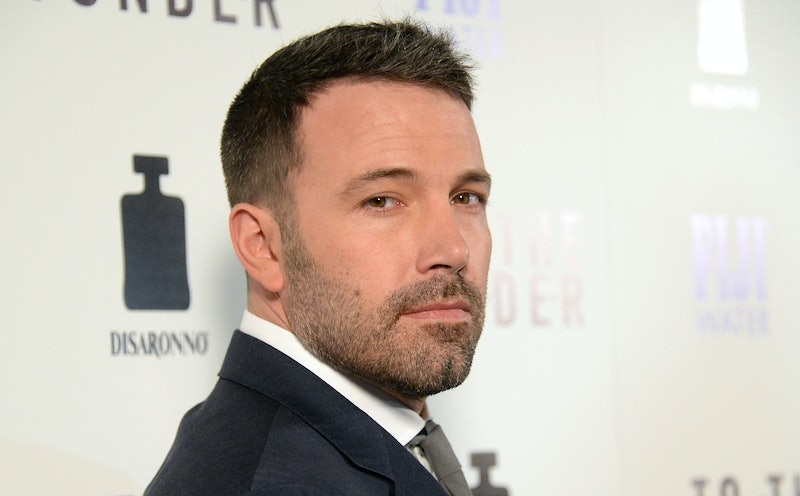 This just in: Ben Affleck is Batman. The Wrap confirms that the Oscar-award winning writer will star as the caped crusader in Warner Bros.' Man of Steel sequel set to hit theaters July 2015. Affleck will star next to Henry Cavill, who will reprise his role as Superman. Directed by Zack Snyder, the movie will be the first time Batman and Superman will share the same screen.

We knew we needed an extraordinary actor to take on one of DC Comics’ most enduringly popular Super Heroes, and Ben Affleck certainly fits that bill, and then some. His outstanding career is a testament to his talent and we know he and Zack will bring new dimension to the duality of this character.

Ever since Man of Steel came out earlier this summer the buzz surrounding its sequel was loud. At Comic-Con in July, it was announced that Superman and Batman would join forces in the sequel, and rumors started flying about who would take on the legendary role of Bruce Wayne with the alter ego — Christian Bale reportedly turned down $50 million to have another go at the role. But now, finally, the speculation can be put to rest. Batman will be that Boston guy (other than Matt Damon) who everybody loves.

Director Synder's thrilled, too, and added: "Ben provides an interesting counter-balance to Henry’s Superman," which is probably true, but all we can think about right now is their dueling cheekbones. Both Affleck and Cavill have some of the best in the biz.

Anyway, now that Affleck's going to be Gotham's ruler let the comparisons begin. Between Keaton, Clooney, and Bale, it's going to be a tough race. Here's hoping Affleck's Batman-voice is on par.