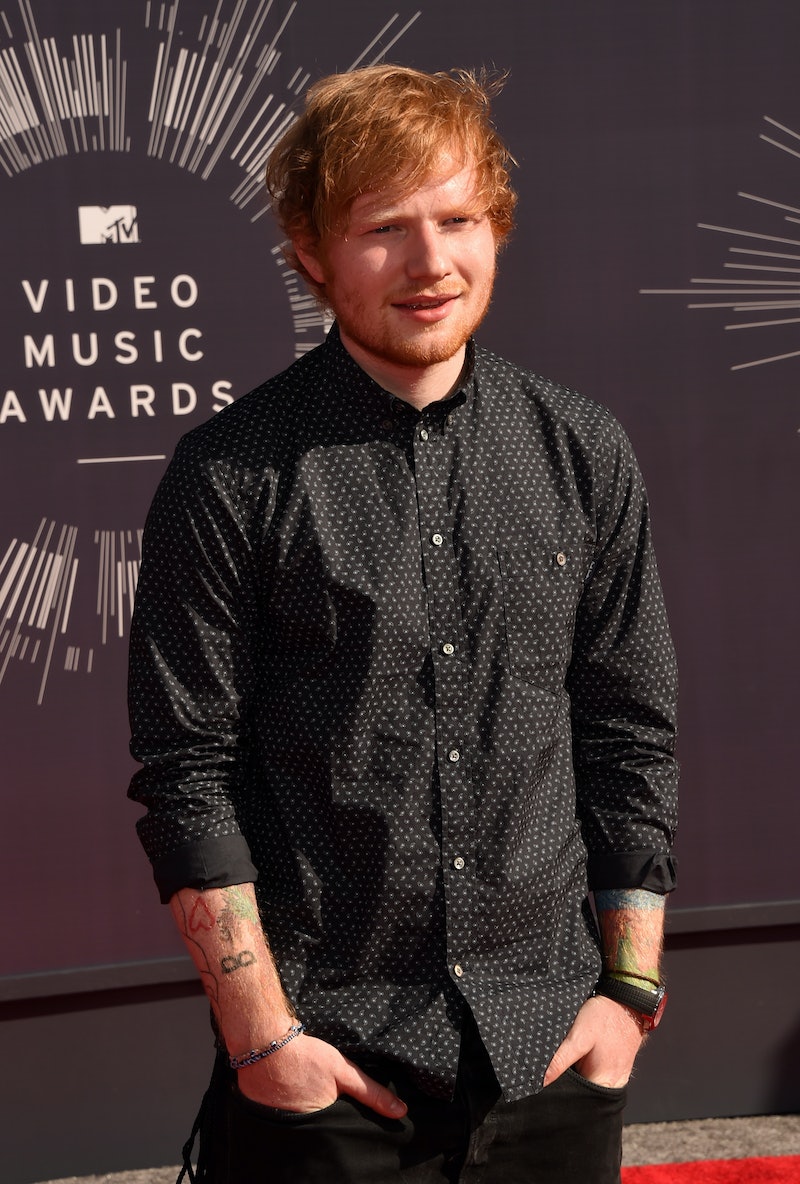 I'm beginning to think that Ed Sheeran may just be one of those artists who really can cover anyone: Sam Smith, Beyoncé...and now, this. During a show in LA last month, Ed Sheeran covered The Backstreet Boys' hit "Everybody," which was originally released in 1997 by the boy band. In classic Sheeran style, the British singer/songwriter mashed up the song with one of his own, "Runaway," and effectively made it his own — brilliantly, of course. Everyone from fans to even the The Backstreet Boys themselves thought so: In response to the clip, which has been making the rounds on the Internet, The Backstreet Boys tweeted out a seal of approval directed at Sheeran's cover, which is basically the top honor that any artist can get when they cover any classic song.

"So awesome man!! @edsheeran Love your #RunawayEverybodyMashup!!" the band tweeted from their official account, in addition to linking to the clip from the LA concert itself.

Adorably, Sheeran's already responded, tweeting out: "@backstreetboys yessss ! People song it so loud !" Going to assume he was so excited to receive a tweet from The Backstreet Boys themselves that he accidentally typoed "song it," meaning "sing it." It's ok, Ed! Totally understandable — I mean, I know I would be screaming if The Backstreet Boys tweeted me.

Check out the performance below.