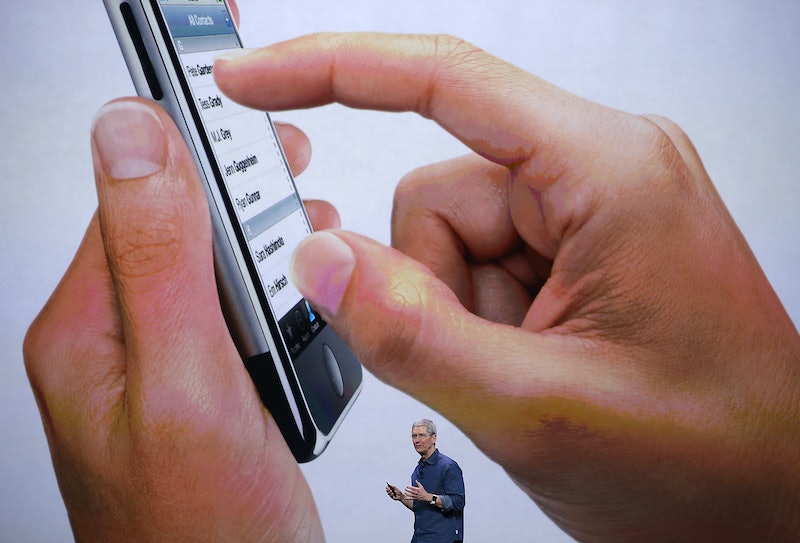 Last year, when Apple's iOS 7 came out, iPhone addicts experienced a variety of problems, including not being able to download the operating system at all. On Wednesday, it felt like déjà vu for many Apple users as they tried to download the new iOS 8. It seems that Apple hasn't learned their lesson; iOS 8 has been equally plagued with glitches. Armed with a smartphone and growing frustration, people took to Twitter to vent.

Before the iOS became marred by error messages, the anticipation for the new mobile OS was high. Apple users eagerly waited for new features, like unprecedented device continuity, which will allow seamless syncing with the upcoming OS X Yosemite Mac operating system, an updated keyboard system that allows third-party typing apps like the popular Swype and will even predict what emojis you want to choose as you type, and Siri's new Shazam capabilities (you can now just ask her what song is playing instead of downloading the separate app).

All of this sounds pretty great, right? Well, the excitement might have been a little too voracious — now, too many people are trying to download at the same time and crashing Apple's servers. But that's not all. Some are receiving conflicting messages of how much space they need in order to upgrade, while others, unable to download iOS 8, are also unable to revert back to their old iOS, effectively leaving them in smartphone limbo.

Take a look at all the frustrated people out there this close to throwing their iPhones against the wall...

You Need How Much Memory?

What's Up With The Keyboard?