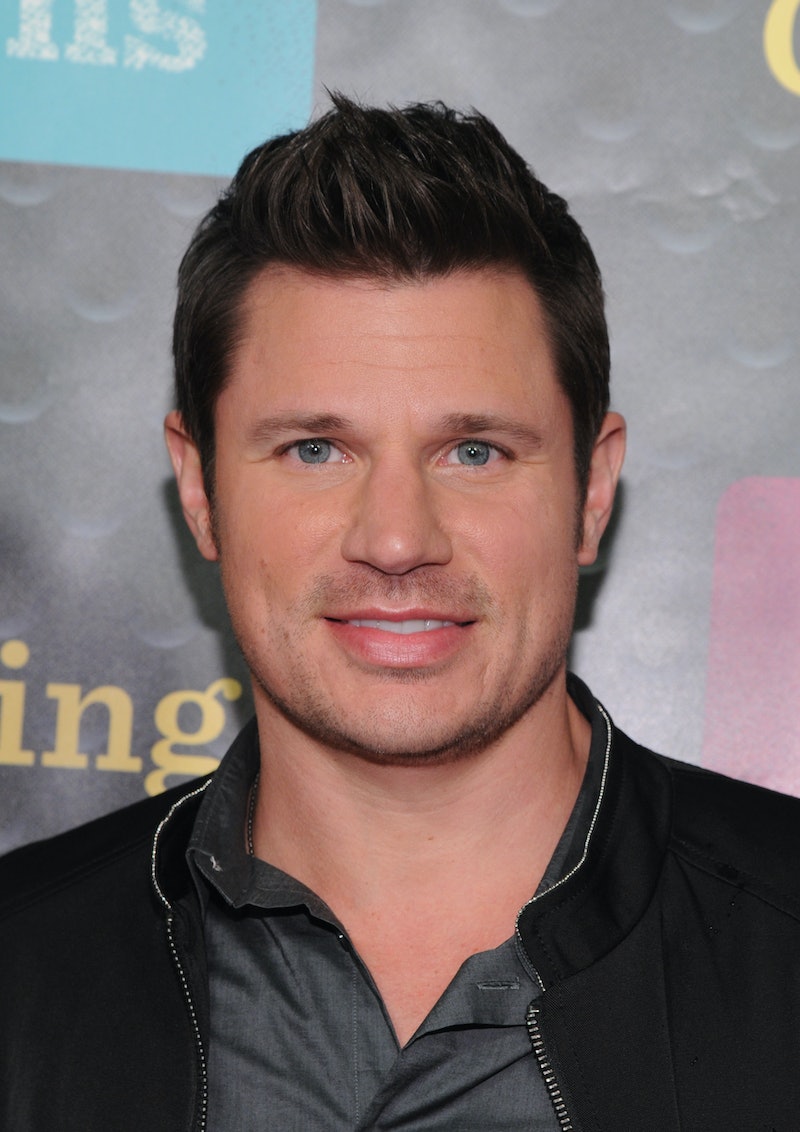 It's probably not "cool" or "hip" to admit that you're excited at the prospect of a new Nick Lachey album — or even new Nick Lachey music — but, think of it this way: The '90s nostalgia thing is totally in right now, and no one's more a fixture of the '90s than the only member of 98 Degrees who mattered, aka Lachey. It's cool in its uncoolness! And anyway, you know you're secretly excited at the prospect, so just admit it and let's all move on, because there's very important, relevant news to discuss: According to People, Nick Lachey is releasing his fourth studio album, and soon.

Even better: It's not going to be your standard sort of album, either. Titled Soundtrack of My Life, the album will feature 10 covers from popular film soundtracks, like Glen Hansard and Marketa Irglova's "Falling Slowly" from Once , and Dido's "Here With Me" from the Love Actually soundtrack.

"I knew I wanted to do a cover album but wanted to go for a different concept," Lachey commented on the album. "Soundtracks just felt like a cool angle on doing a cover record. The marriage of music and film is one that has been talked about so much over the years, and the way music affects you when you're watching a film is so impactful."

So, the date to mark on your calendar? None other than Nov. 11. Check the tracklist below.

01. In Your Eyes (by Peter Gabriel, from Say Anything)02. Falling Slowly (by Glen Hansard and Marketa Irglová, from Once)03. Here With Me (by Dido, from Love Actually)04. Iris (by Goo Goo Dolls, from City of Angels)05. Angel (by Sarah MacLachlan, from City of Angels)06. Streets of Philadelphia (by Bruce Springsteen, from Philadelphia)07. I Don't Want to Miss a Thing (by Aerosmith, from Armageddon)08. When You Say Nothing At All (by Ronan Keating, from Notting Hill)09. What a Wonderful World (by Louis Armstrong, from Good Morning Vietnam)