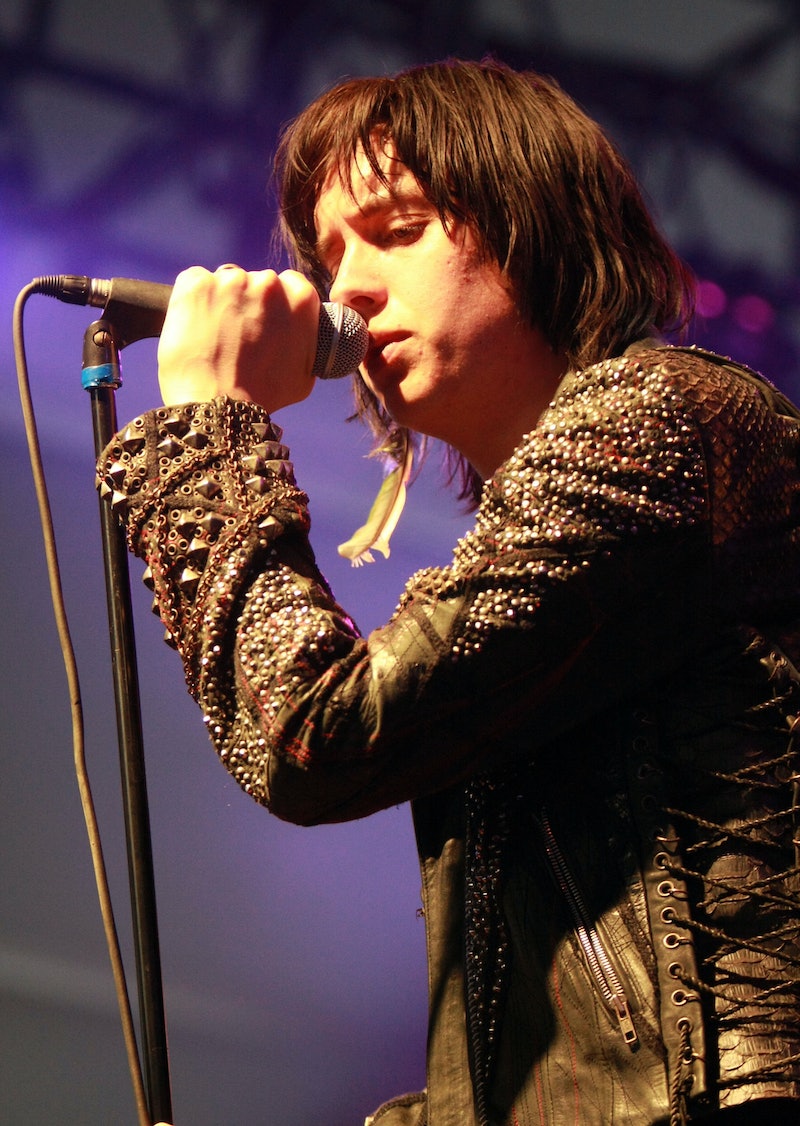 If there are two things I love in this world they are Julian Casablancas and brunch. This is why it's a good thing for my family, boyfriend, and other hybrid meals (hello, brinner!) that I love more than two things in this world. So why did I decide to talk about my love for both The Strokes frontman and the most delicious portmanteau ever created right now? Because, according to his new interview in GQ, Julian Casablancas left New York City to live upstate because it is too damn basic. And, no, that is not how he put it, that is how I put it because the term basic is unavoidable right now and Casablancas has walked right into it's unrelenting grasp.

Now, I am someone who will never understand the obsession with Pumpkin Spice Lattes (they taste like orange juice, milk, and shitty cinnamon combined and served at a lukewarm temperature — seriously, how do people think that's good?), so I get that basic-ness can be overwhelming. But to leave the place you live? The place where a certain writer once saw you walk around forcing that writer to run in the other direction because omg he's gonna think we're following him? Isn't leaving a little extreme?

Well, maybe it is, and Casablancas seems to get that. The GQ article makes it clear that Casablancas goes back and forth on opening up about why he left and then realizing that he was too candid and doesn't want to be misinterpreted. At one point he says, "I don't know how many, like, white people having brunch I can deal with on a Saturday afternoon." And at another: "I walk around New York now and get upset." But then he clarifies that statement saying, "I wouldn't say that the reason [I moved] is I walk around and hate everyone who lives there. That's just rude." The article's author, Zach Baron, sums it up saying that one of the reasons Casablancas and his wife, Juliet, decided to leave was to raise their 4-year-old son, Cal, outside of the city.

The decision to move usually requires a number of reasons, so of course no one would move solely because they're sick of seeing brunchers all the time, but Casablancas remark is relatable. We've all been in positions when we get tired of seeing the same people around our town at the same old places, or get annoyed at everyone in line at Starbucks for ordering those god awful Pumpkin Spice Lattes, only to back track a little because it kinda feels rude to hate on a place for those things. So I'm with him on that. What I'm not with him on is the "white people" part. I speak first hand when I say biracial people (and from what I've seen, people of all races) like brunch too, Jules!

Omg I just called him Jules. Is that OK?! Someone please help.