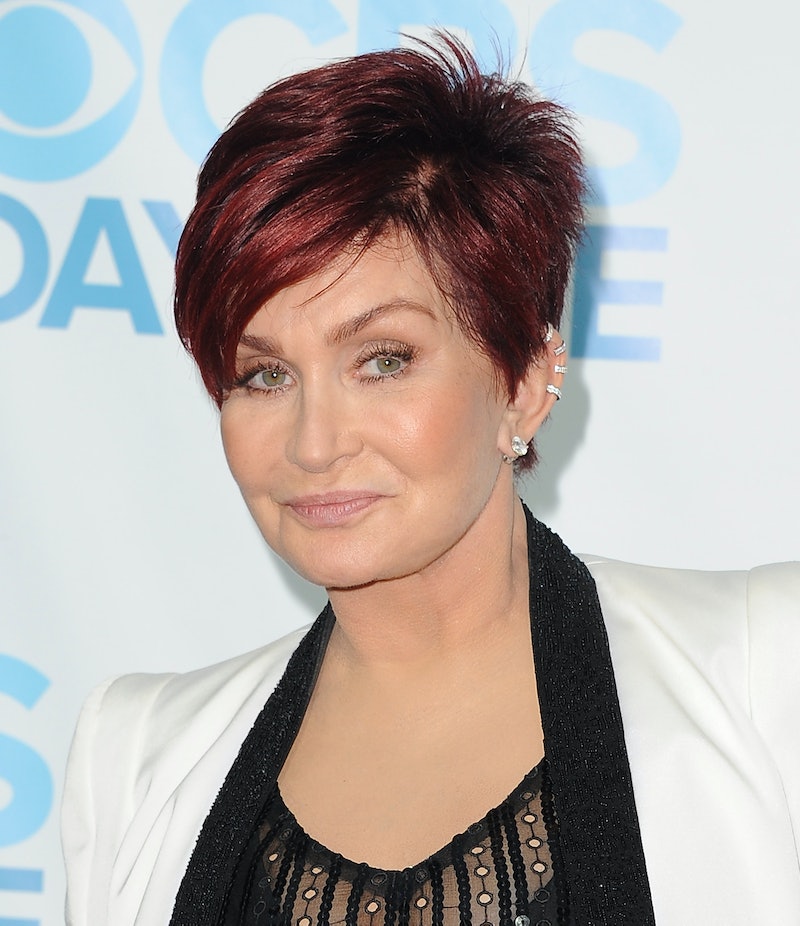 Dark matriarch Sharon Osbourne revealed a secret that she's been keeping since she was 27 years old on her show, The Talk, on Thursday. When she and her husband Black Sabbath frontman Ozzy Osbourne were just beginning to date, Sharon Osbourne slashed her arm with a steak knife while drunk to prove her love to Ozzy. As she said on the talk show,

I was free and single and wild; when we first got together, we would drink a lot together. It was about four in the morning and he said to me, "How much do you really love me?" and I said I'd give my life for you. I'm very dramatic as you all know, and if I say something I like to follow it through... so I went to a room service table, and I took a steak knife and went slash, slash, slash on my wrist.

Osbourne makes a point to note that it wasn't pressure from her now-husband to harm herself to prove her love, but her own impulse and conviction (and drunken state) that caused her to take the knife to her wrist. When an ambulance arrived on the scene, the doctors determined that she needed psychiatric care for attempted suicide, though Osbourne pled with them that she was just being stupid. She went on to say that even though she's 61 years old now, the incident still embarrasses her, and when asked about the long scars on her wrist, she still lies and says she was attacked by a dog.

The audience reaction to Osbourne's story was mixed. The way Osbourne told the story was fairly humorous and elicited some aghast laughter from the crowd, but it quickly turned to gasps when she showed her scars to the camera.

While Osbourne urges viewers who are tempted to self-injure not to do so, I disagree with some of the language she used, calling the incident "stupid and pathetic." It doesn't do well to call self-injury stupid or pathetic or weak; it's just another form of self-medicating, and one of the more dangerous types that calls attention for help. There's already so much stigma surrounding mental health issues and self-harm that I wish Osbourne hadn't said she was embarrassed. But I do agree with Osbourne's final statement: "Scars don't go away — they stay with you. It's a reminder to us all."