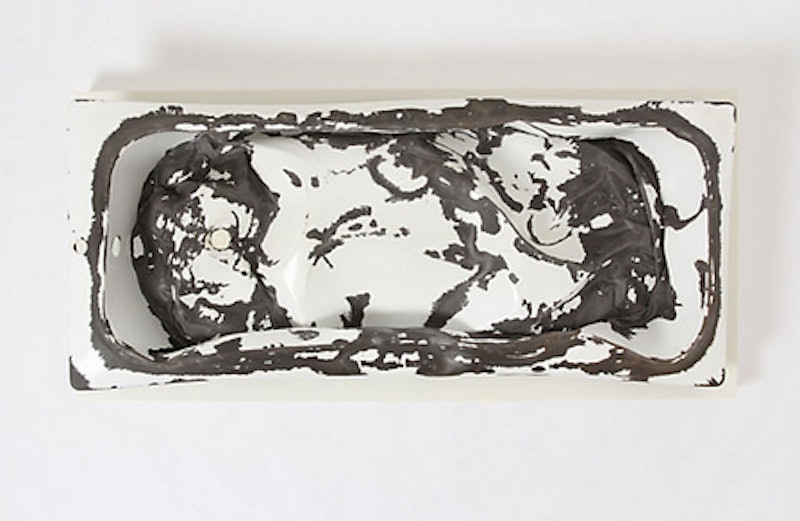 I love Anthropologie. I really do. I like that I can walk into the store, and in just five minutes manage to convince myself that I've really earned some $800 dicky called something like The Nantucket Widow's Embrace. I also like that in another five minutes I can realize that the delicious smells and ambiance have driven me to near madness and escape without spending a dime, or at least, more than a hundred dollars.

As much as I dig the store (and oh, how I dig it) that doesn't mean there aren't moments when I look at an item they are selling and have no earthly conception who their target demographic is. Luckily for you, I've done a little digging and come up with some potential theories as to who is buying what at anthro.

Shopper: Her name is probably Claudette although she was born Gina or maybe Tracey. She's a divorcée who struck it big in her alimony suit (her ex invented Cheez-Its). She doesn't go outside a lot since her dog died. She's in her mid-fifties and seriously considering taking a burlesque class. She thinks her act would involve putting lipstick on with her feet while 'Anything Goes' plays. She uses words like "zoinks" and "kooky" regularly.

Shopper: A guy in finance named Kentmore. "NOT like the appliance," he says with a too-tight grin. He used to date an actress who jeeringly referred to his apartment as "monastic chic". This sculpture was an impulse buy. She dumped him before she could see it. Now he uses it for ties.

Shopper: A woman named Pat who accidentally thought when her interior designer said "a great "bathtub piece" from Anthropologie" that she would be getting a real bathtub. She takes seven baths in the tub before cutting herself badly on the butt and getting seven stitches and a tetanus shot. She gives the designer a one star review on Yelp. The designer sues. Litigation is still pending.

Shopper: Rick's wife is "so into bees right now". In a panic and feeling the pressure of buying the perfect ten year wedding anniversary gift, he splurges on this when the salesgirl assures him that it is "way popular". Though their marriage survived, Rick is still haunted by the look on his wife's face upon opening the gift.

Shopper: His name is Riggins Duttle and he likes three things: deer, chairs, and sitting in chairs designed to look like deer. It is the only piece of furniture he has ever owned. He ordered it online from an internet cafe downtown.

Shopper: Any mother and father with toddlers they secretly wish to see blinded or maimed.

Price: $178.00 Shopper: Etta, a retiree living in Boca, awoke one morning to discover that she had swapped bodies with the hip young model who drunkenly drove into her Kia Sportage the night before. With her hips pain-free for the first time in decades, and an apparently endless disposable income, Etta buys this gold hat and heads for the beach to hit on dudes and maybe try rollerblading.

Price: $118.00Shopper: Teddy's Roosevelt's ghost. Caveat: He doesn't buy the lampshade, he steals it. This is because he is a ghost and as such this is one of the many perks. That said, when he gets it back to his ghost-house he is livid to find there is not even ONE moose on the shade. Not even one.

Price: 998.00Shopper: The abominable Snowman's long-time girlfriend, Susan. Though she and ASnow have been dating for years, she feels their relationship is stuck in a holding pattern. To encourage him to take the next step and ask her to move in with him, Susan gifts him with this chair. This proves to be a fatal error as Susan will soon discover that the chair is made of his mom.

More like this
These Things Are Really Weird & Interesting On Amazon & I Want Them All
By Julie Peck
50 Things That Make Your Home 10x Nicer For Under $35
By Rebecca Martinson
You Could Significantly Upgrade Your Yard With Any Of These Cheap, Highly-Rated Things
By Madison Barber
You're Probably Doing These Gross Things Around The House Without Even Realizing It
By Rachel Bar-Gadda
Get Even More From Bustle — Sign Up For The Newsletter