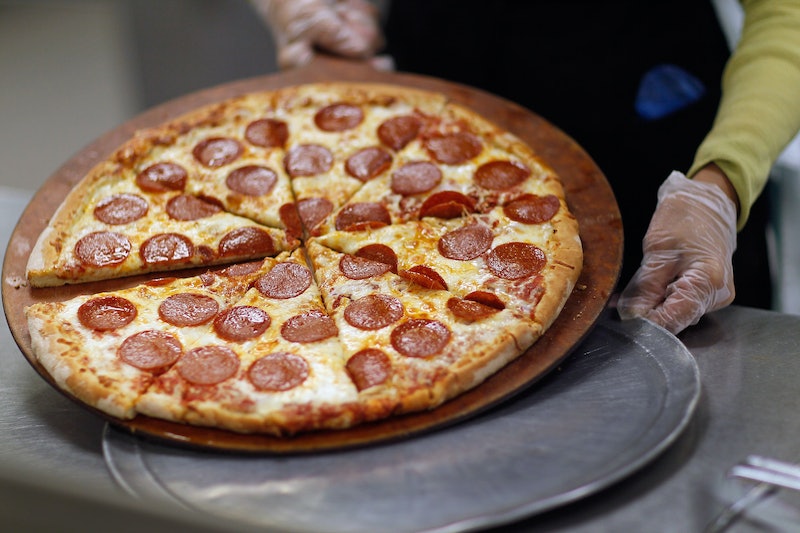 To say I don't use Yelp on a regular basis would be a horrible lie. Something about those those reviews (accompanied by at least 4.5 stars) always convinces me that brunch spot #259 is, in fact, "da bomb!!!!!" — because if Ricky O. of Rochester, NY says so, it has to be true. Flipping the script, though, is the Bay Area Botto Bistro's "Hate Us On Yelp" campaign, which offers a 25 percent discount to those willing to write a bad review on Yelp about them in a response to rumors that the site allegedly manipulates reviews.

TIME notes that the "Hate Us on Yelp" campaign Botto Bistro started has been offering discounts on pizzas if customers give a one star rating accompanied by a snarky review on Yelp. According to Botto Bistro's website, the whole point (aside from providing people with slightly cheaper food and the opportunity to be creatively awful) is to get the lowest score and, "prove that low score and bad reviews don't impact us and any other successful restaurants." There's also the matter of fighting against recent allegations regarding Yelp's manipulation of customer reviews.

Yeah. According to Mother Jones, Yelp has been "accused of soliciting money from mom-an-pop restaurant owners in exchange for hiding negative customer reviews." However, USA Today explains that Yelp often denies these allegations, and that a federal court even ruled that there's nothing wrong with manipulating the reviews. But Botto Bistro still isn't standing for it, and neither are its customers...

This is where the reviews come in. While some professed to helping Botto Bistro's cause, others crafted perfectly snarky, borderline evil reviews that will make whatever you're drinking right now exit your body through your nasal cavities. Enjoy (and prepare for some laid-on-thick sarcasm):