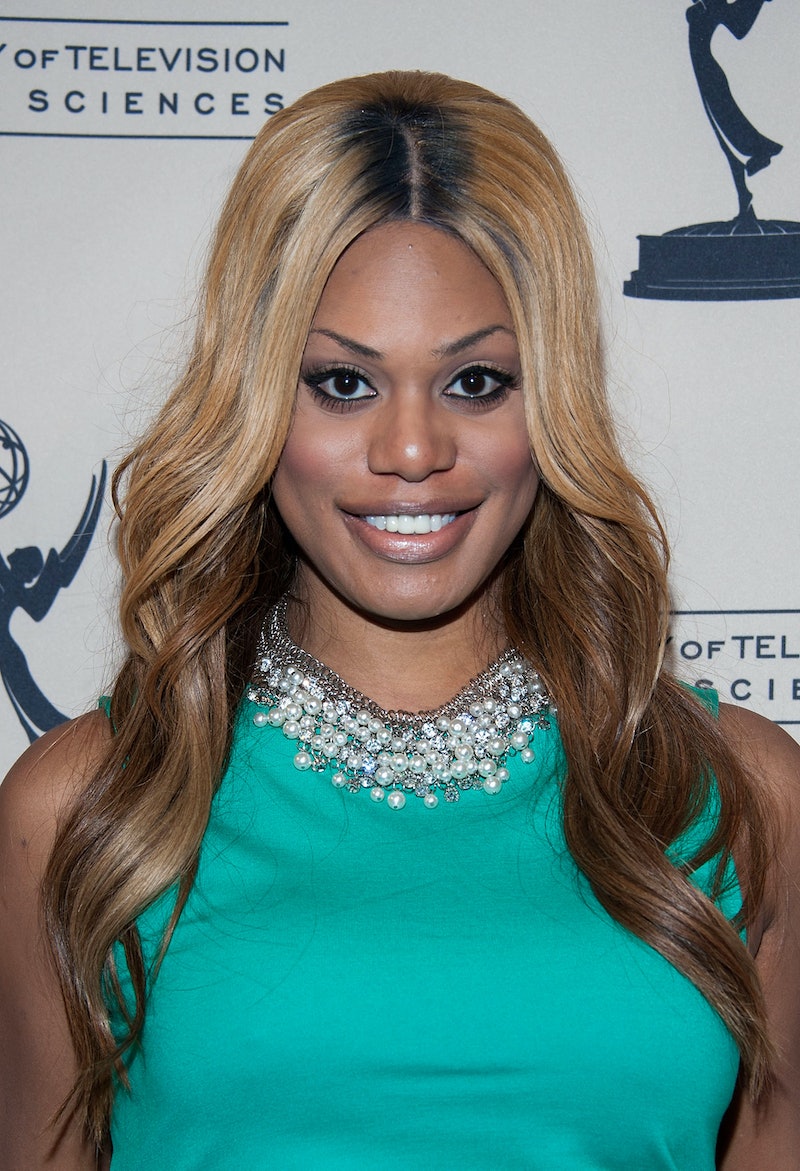 Listen up, Orange is the New Black fans! Laverne Cox is coming to MTV and Logo this fall with a new documentary, Laverne Cox: The T Word. The hour-long documentary will center on the lives of transgender youth ages 12-24 across the U.S. and will appear on both networks simultaneously on October 17th at 7pm EST, in honor of LGBT Spirit Day. Rolling Stone reports that the subjects featured will discuss the challenges and struggles they face and cover topics like dating, starting college, antitrans violence, coming out, and playing sports.

"For many of us," as Cox said in a statement, "the 'T' in LGBT means more than transgender, it also means truth[...]The cast members in this documentary are fearlessly living their truths and in sharing their stories will send the message to other trans youth that it's OK to be who you are." After the program, MTV reports that Cox will host a one-hour, live "Trans Forum" to discuss the documentary and take questions from a live audience in the format of a reality show reunion. One of the many stars of Orange Is The New Black and a prominent transgender activist, Cox is certainly on her way to "full media mavenry", as The Advocate's Mitch Kellaway writes.

MTV reports that the documentary was produced as part of the network's Look Different campaign, "a multi-year initiative to identify and fight biases, whether they be based in gender, sexual orientation or race." It's refreshing to see MTV taking a supportive stand on transgender issues and "doing something more beneficial than airing endless reruns of My Super Sweet 16", as Flavorwire's Shane Barnes writes. Hopefully this signals the start of a more mature, socially engaged comeback for MTV. I think we've seen enough of Catfish.