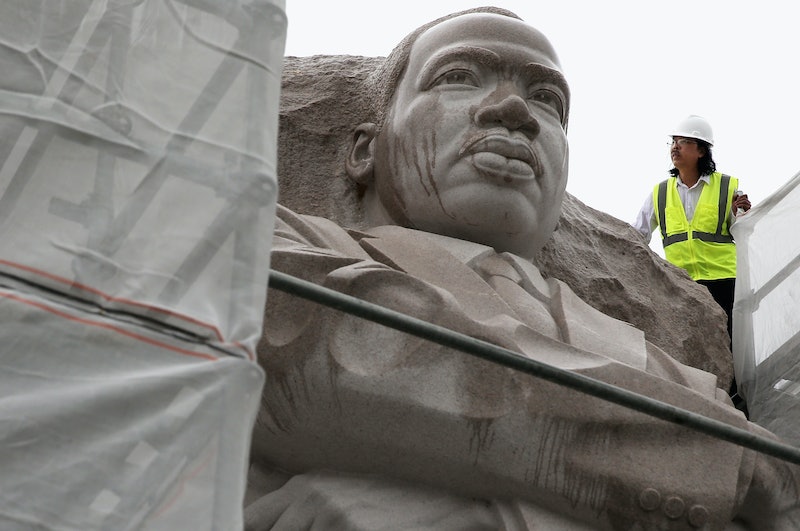 Though white Americans feel that more progress has been made than their black counterparts, nearly half of Americans agree that the United States has a lot more work to do when it comes to race relations in this country.

As the nation prepares for the fiftieth anniversary of both the March on Washington for Jobs and Freedom and Dr. Martin Luther King's "I Have a Dream" speech, lots of folks are taking a look back on the progress that has been made towards racial equality in the past five decades. A study by the Pew Research Center shows that we may not have come as far as we'd like to think.

According to the survey results, only 45 percent of Americans think that the country has made "a lot" of progress when it comes racial equality. In a breakdown, whites were more likely to believe that we've achieved lots of progress, with 48 percent of white respondents saying we'd covered lots of ground, while only 32 percent of black Americans would agree with that sentiment.

The results were even more stark when asked how much progress was left to be made. About 49 percent of all Americans still felt that the country had a long way to go when it came to achieving racial equality. For white Americans, that number was about 44 percent, and for blacks, 79 percent said that they felt like there was still a lot to do when it came to race relations.

The disparity continues when you look at how the two groups view equal access to jobs, education, and housing. When it came to the question of treatment by the criminal justice system, a significant portion of white Americans agreed that blacks were treated less fairly. Latino respondents consistently fell somewhere between the two groups in their responses.

The study also looked at the economic divide between whites and blacks and found that not all that much had improved. In fact, when it came to household income and wealth, the gap has widened.

So in all of this fairly depressing data where has progress been made? Pew found that the gap between whites and blacks had narrowed in some places like life expectancy, high school graduation rates, and political participation.