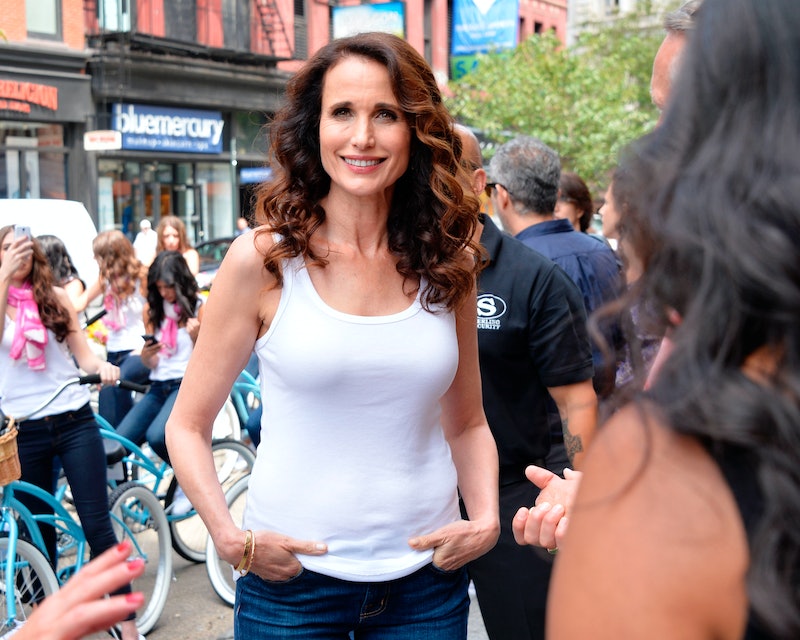 I don't think I knew until precisely this moment that I am an Andie MacDowell fangirl, but I'm gonna own it and go from here. It's just been announced that MacDowell's in Magic Mike XXL . Bless this casting decision.This is surreal but amazing news.

The degree to which I don't care about the Magic Mike sequel — aside from the fact that it's called Magic Mike XXL, which is amazing — is exemplified by the fact that I completely forgot that it was happening at all until MacDowell's casting was announced. Now I'm guaranteed to watch it — but only if she plays the right kinda character.

Much like Cher and her complete dissinterest in everything she or anyone else was saying was the saving grace of the immensely forgettable Burlesque, let us hope Andie MacDowell channels her elegance and stoicism into the Magic Mike sequel. Surrounded by flexing, oiled, naked men trying to assert their masculinity? Let MacDowell be the unaffected broad at their center, ordering them around and not giving a shit. She barely gave a shit in Four Weddings and A Funeral opposite peak-floppy-hair Hugh Grant — surely she can not give a shit here, opposite peak-muscled Channing Tatum. And it will be magic.