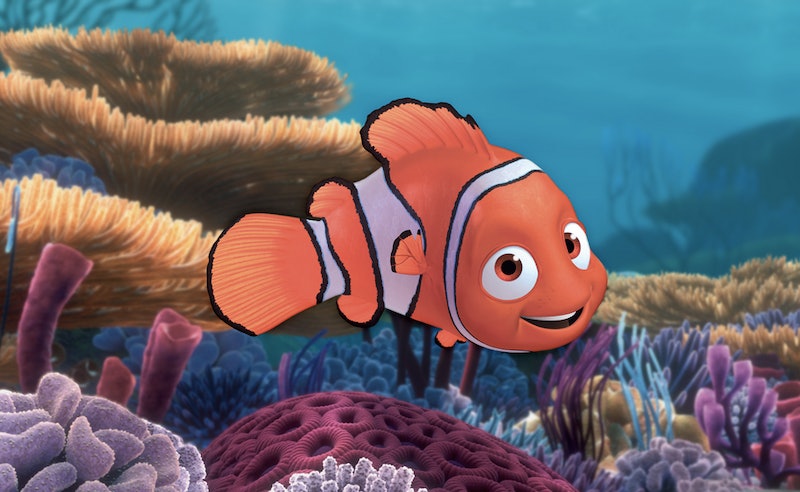 Science, thankfully, has always found a way to infiltrate entertainment. There was "The Magic School Bus" series, which got me through most of grade school science, "Bill Nye The Science Guy," who made science palatable and, dare I say it, fun, and then, of course, there was Finding Nemo. Wait, what? Yes, truly, the brilliance of Pixar has always been its ability to appeal to a variety of ages and interests. And according to a new study, one of those interests may have been marine biology. As it turns out, Finding Nemo could be a true story because clownfish really do travel hundreds of miles across the sea, finding new coral reefs to call home.

While scientific papers are not exactly light reading, an excellent animated film reaches a wide and diverse audience, and as Finding Nemo demonstrates, has the capacity to inadvertently spread a bit of knowledge around. If you happen to have missed out on one of the greatest animated masterpieces of our generation, the plot of the movie is simple. Clownfish father Marlin travels ceaselessly over great distances in search of his captured son, Nemo, overcoming a great many obstacles and making a number of memorable friends, including sharks, turtles, and a forgetful Blue Tang fish named Dory.

Though this seems to be the stuff of, well, movies, Steve Simpson of the University of Exeter, along with scientists from the Australian Research Council Center of Excellence for Coral Reef Studies, Sultan Qaboos University, and the Centre National de la Recherche Scientifique in France have discovered that there is more fact to this fiction than previously thought.

The premise of Dr. Simpson's experiment even begins in the same way as the film. His team (harmlessly) captured 400 clownfish over 92 dives, then took small DNA samples before releasing them back into the ocean. Simpson was then able to track the clownfish's movements. Because clownfish from different parts of the ocean have unique genetic markers, researchers were able to determine which clownfish were native to an environment, and which had come from faraway waters.

As Finding Nemo correctly portrays, clown fish live exclusively in anemones, and along the southern coast of Oman, there are only two coral reef systems. The two potential clownfish habitats are separated by 250 miles, which means that a clownfish migration involves a trip the distance from Washington, DC to Queens, New York. Shockingly, 6 percent of the fish Simpson tagged had made the long journey.

Even some of the methods of travel cited by Finding Nemo have some scientific merit. In the movie, Marlin is serendipitously picked up by a sea turtle named Crush, who introduces Marlin to the fast moving East Australian Current. And in real life, clown fish indeed seek out these currents to speed their journeys along.

In fact, much of the clownfish's migration was corresponded with these currents. Study co-author Michel Claereboudt of Sultan Qaboos University told the Daily Mail, "We found that the pattern of migration corresponded to the dominant ocean currents in the region that are driven by the winter monsoon."

Once the clownfish had found their new homes, they also found a mate, and reproduced with new clownfish. This, scientists say, increases the variety within the genetic pool of the fish, which makes for hardier animals. Natural selection, ladies and gentlemen, is happening all around us.

Of course, one rather large detail misrepresented by Finding Nemo are the fish who are actually doing the traveling. While the ultimate motivation can be linked to family, it isn't the fathers of the clownfish world who are making the trek across the ocean. Rather, it is the baby fish who undertake what Simpson called an "epic journey." Had Finding Nemo been Finding Marlin, it seems the film would have been a bit more realistic.

These tiny clownfish larvae, less than a centimeter in size, make the daunting trip at barely a week into their lives. But research suggests that a few fish may not have actually swam 250 miles of their own accord, but were simply swept along with the prevailing ocean current, and found themselves in a new home after getting off the ocean's expressway.

The study also shows reflects the growing effects of climate change. As ocean temperatures begin to rise, marine life is finding new ways to adapt to these new conditions, and gene mixing could serve as a defense against fluctuating environments.

So while you probably shouldn't replace your Intro to Biology class with a Pixar movie marathon, you never know what you'll learn from an old animated classic.

More like this
How To Support Gun Control Reform Right Now
By Morgan Brinlee and Carolyn Steber
Shocked Fans & Former Co-Stars React To Ray Liotta’s Death At 67
By Grace Wehniainen
'Stranger Things' Star Joe Keery Is Dating An "Indie Scream Queen"
By S. Atkinson and Grace Wehniainen
Everything To Know About Marvel’s 'Thor: Love And Thunder'
By Grace Wehniainen
Get Even More From Bustle — Sign Up For The Newsletter