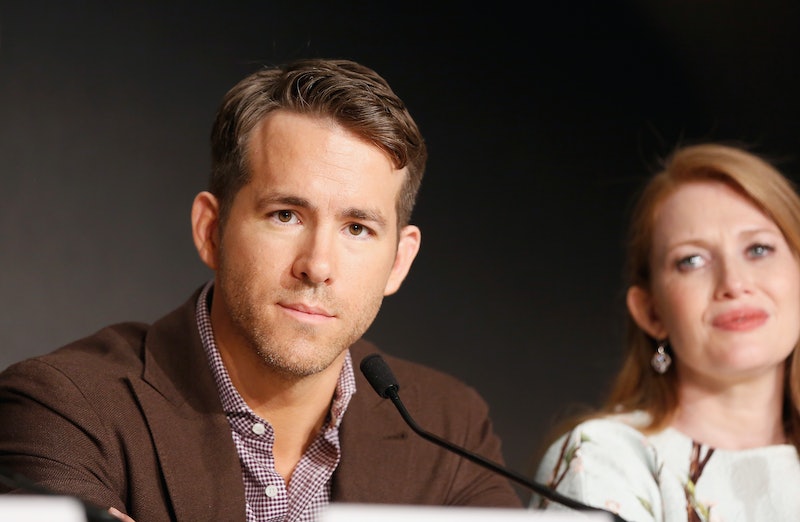 After languishing in development hell for way too long like the other great films just waiting to see the theater, Twentieth Century Fox and Marvel announced the Deadpool spinoff is finally happening. We still have a while yet to go before the film will be released, like two years separating us from its opening night, but just the fact that it's happening should be enough to get fans excited. After all, Marvel has a lot of great movies coming out through 2016 so adding one more to the pile isn't going to hurt. However, the fact that Ryan Reynolds is rumored to reprise the role from X-Men Origins: Wolverine is what gives me pause. Nothing against Reynolds as a person, but as an actor there's severe doubt that he can carry a movie like Deadpool alone.

The thing is, Reynolds' acting offerings in recent years have been lackluster at best. In fact, the last superhero movie that he played the lead role in was the Green Lantern and it was a box office bomb. He played Deadpool as a minor character in a film otherwise led by Hugh Jackman's Wolverine and I'm not sure Reynolds taking the spotlight as Deadpool is the right choice for a solo film. While Reynolds has been nothing but enthusiastic about the project, the fact still remains that he's not exactly what one would call a high box office draw.

In Reynolds' defense, he has the potential of joining the exclusive club of leading men whose careers experienced a boost from starring in a Marvel film. Robert Downey Jr. experienced a meteoric rise to his current level of fame after playing Tony Stark in the Iron Man movies. Chris Evans is making headlines like never before thanks to his role as Steve Rogers in Captain America. And don't even get me started on Chris Hemsworth and Chris Pratt. When most people think of these actors nowadays, their Marvel film is the first thing they'll reference. Starring as Deadpool could be Reynolds' chance to breathe life back into his own career.

Plus, there's the fact that the audience more or less lost their mind when the test footage for the Deadpool movie leaked. The outpouring of positive fan reaction is what led to the Deadpool movie getting the green light for production to begin with. Even if people won't leave their houses for another Reynolds movie, there are obviously more than enough people willing to leave their houses for a Deadpool spin-off and that interest in Deadpool could work in Reynolds' benefit. Because it's not that Reynolds is a bad actor, not at all. He just needs the right project to shine in and Deadpool could be that project.

Nevertheless, I still remain dubious that Reynolds' turn as Deadpool in X-Men Origins: Wolverine makes him leading man material for a solo flick. I'm sorry, but Green Lantern was such a massive disappointment that I can't even be happy about the fact that Reynolds got an adorable marriage with Blake Lively out of it. Then again, Green Lantern was a DC film and Deadpool will be a Marvel film and we don't need to discuss how badly Marvel is kicking DC's butt at the box office lately. It's just an accepted fact like the sky being blue or Black Widow deserving her own solo film.

At the end of the day, there are surely a lot more A-List stars who would be a better fit for a blockbuster movie, but Marvel is making a habit of taking relatively famous stars and turning them into superstars. For them to do that with Reynolds would be kind of amazing and definitely something he deserves considering how hard he works. At the same time, no one would bat an eyelash if they decided to replace Reynolds with another actor who might portray the character better. Is anyone missing Ed Norton as the Incredible Hulk now that Mark Ruffalo has taken his place? No? I didn't think so.