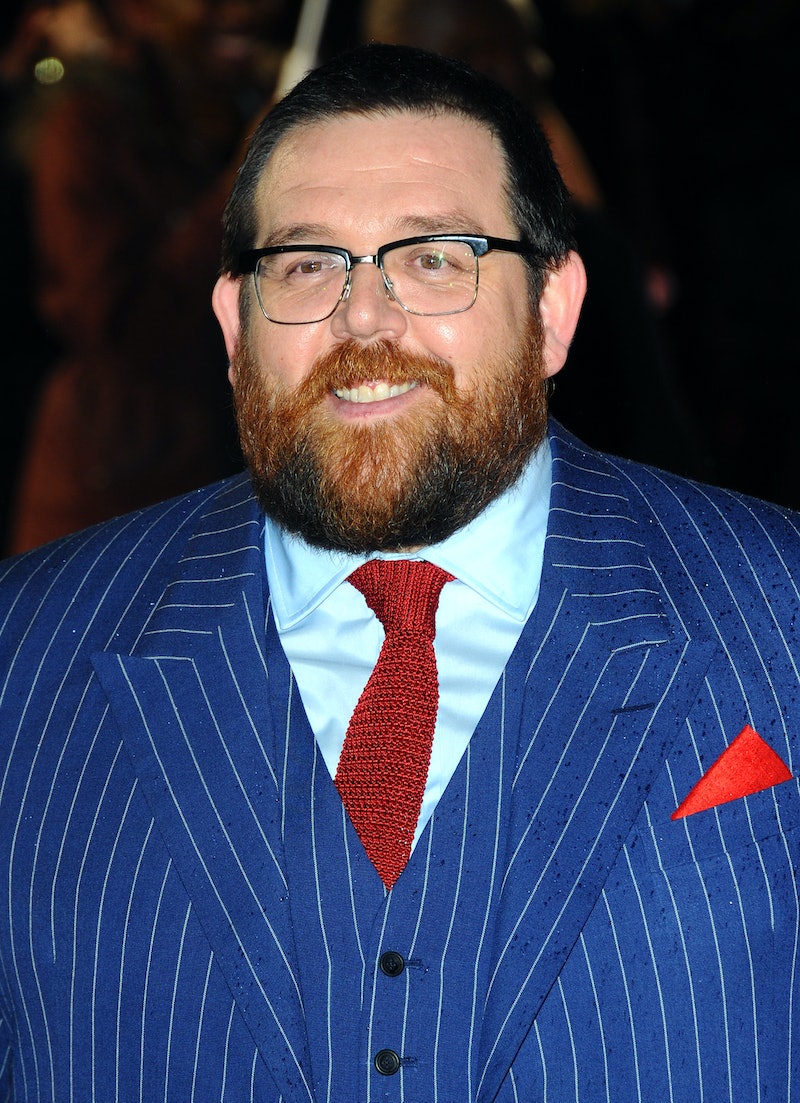 I'm pretty sure at this point, Doctor Who must just cycle through a list of UK-based actors who can guest star on the series, because it's beginning to seem like literally every famous British actor has appeared on the show at one point. Simon Pegg? Also, yep. Jessica Hynes? Check. Anthony Stewart Head? He played the anti-Giles. Bill Nighy? You bet. Sir Ian McKellan? Also true. John Hurt? Yep. Carey Mulligan? Oh yes, and it was the best episode the show's put out like, ever. Even Kylie Minogue guest-starred once — and the list just goes on from there. So, it's really no surprise to read that yet another beloved British actor is set to appear on the series, it's almost a sort of rite of passage now: According to The Hollywood Reporter, Shaun of the Dead star Nick Frost is set to appear in Doctor Who 's annual Christmas special.

It's not clear just yet whom Frost will be portraying in the special, but considering his credentials, I'm sure he'll do just fine. And by credentials, of course, I mean he's already faced zombies in Shaun of the Dead, body snatching aliens in The World's End, a homicidal cult in Hot Fuzz, and more aliens in Paul — really, apart from Simon Pegg, who also starred in all of those films, there's no one better equipped to take on the baddies that the Doctor faces on the daily basis.

(Unless, you know, Frost is playing a baddie himself — then that could work against the Doctor.)

Also joining the Christmas special are actors Nathan McMullen and Michael Troughton, who have both appeared in a number of British television series.