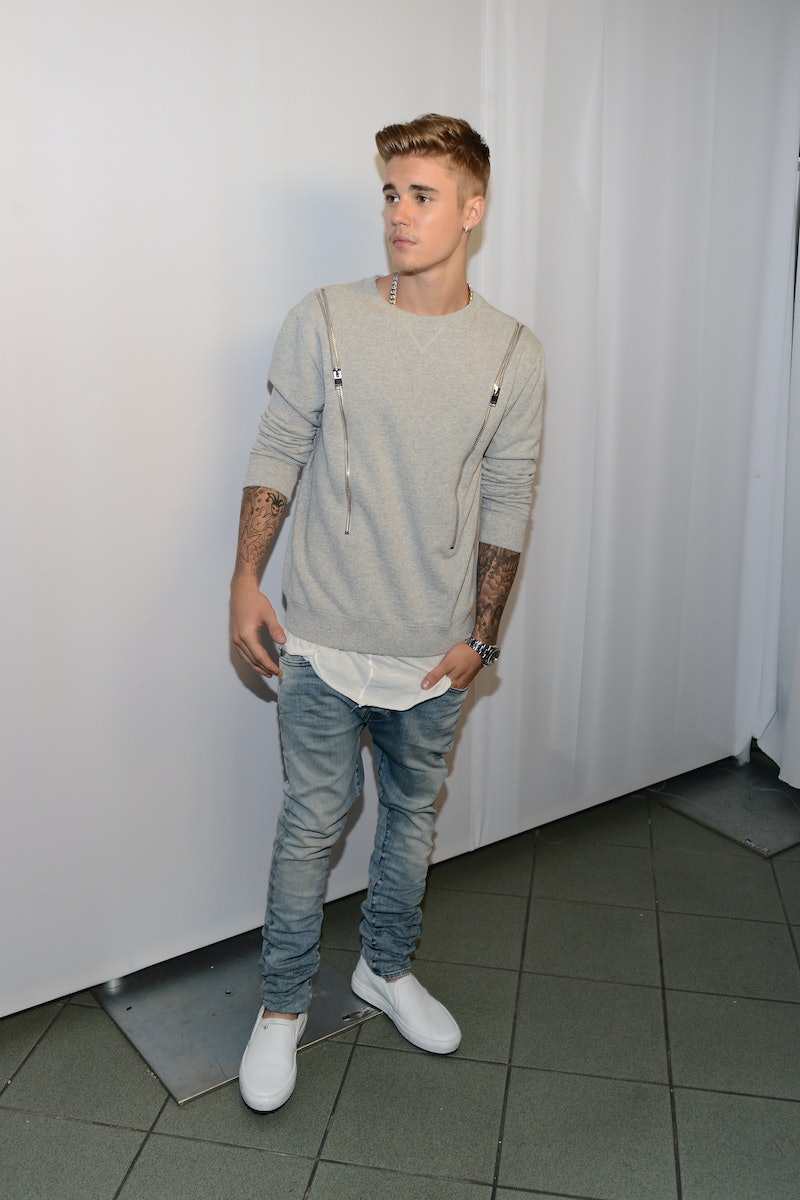 I'm not a detective or anything — although if I were you BET I'd be a kickass one just like Olivia Benson (Hey, Mariska!) — but I came to my own conclusion this morning after seeing a story go around that Justin Bieber and Selena Gomez cooked dinner together. And that conclusion? Just because Justin Bieber shares the same airspace as another brown haired woman, it does not mean that that woman is Selena Gomez. Especially, especially, because when Bieber is actually with Gomez, he likes to take really intimate pictures at weird angles and then delete them seconds later like he's your ex trying to play mind games with you. Anyway, you can barely see a woman at all in his Instagram video documented the occasion. But I'll throw them a bone and give those overly excited headlines this: if he's not with Gomez, he's sure as hell wants you to think he is.

Why would he want us to think that? Hell, I don't know. I'm not Bieber. If I was him, and I had that sort of money, I wouldn't be cooking my own chicken on Instagram, that's for sure. But it is sort of suspicious the way he posts all of these cryptic pictures. I'm getting a distinct Jan Brady-George Glass vibe from him. You know, when Jan very desperately lies and tells the family she has a boyfriend, George Glass, who does not actually exist but does her damnedest to prove that he does in spite of it. Let A Very Brady Sequel spell it out for you:

So, I mean... yeah. All the signs are there. The need to prove something, the uncanny resemblance he bares to Florence Henderson. Here's more proof:

He's in a car... he must be going somewhere that isn't his own house.

AND ARRIVING AT "SOMEONE'S" FRONT DOOR

That's not just any front door — Wait. That could literally be ANY front door.

HERE'S A PICTURE OF BIEBER & GOMEZ "TOGETHER"

Look closely. She is looking completely past him. Now carry on.

BIEBER COOKING WITH "SOMEONE"

Do you have long brown hair? Were YOU in the kitchen with him, too?!

THIS SELFIE WITH THE BACK OF "SOMEONE"

I can't prove it's not Gomez, but I most certainly can't prove that it is. Oh, loopholes.

Listen, all I'm saying here, Biebs, is if you're in love with a lady say it loud, say it proud. Why you gotta be all secret agent about it?