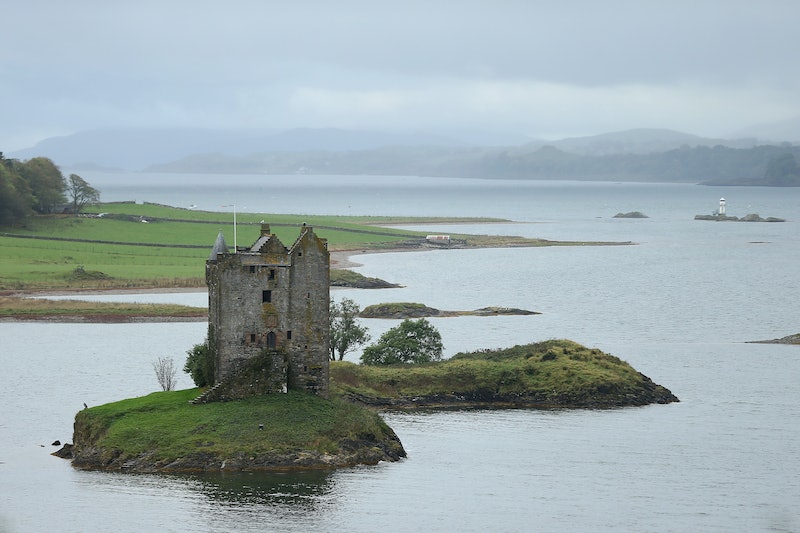 I can’t be alone in thinking that insults in other languages and cultures are way more interesting than our own, so here. Have a video lesson in basic Scottish insults, courtesy of YouTuber Erin Doogin, AKA BeautyCreep. The video’s not new — Doogin first posted it back in the summer of 2013 — but it’s making the rounds again due to this week's vote on Scottish independence, so let’s take a look, shall we? It’s all kinds of amazing, and to be honest, I just learned more insults in six minutes than I think I’ve ever had stored away in my brain ever before.

Doogin originally started out as a beauty vlogger before expanding her reach to include videos on just about everything you can think of. After the success of her Scottish slang videos, a number of her viewers asked her to do one specifically about insults; she was happy to oblige, and the results are definitely some memorable viewing. Doogin starts out with a few common phrases before moving on to individual words, noting as she goes that some of them are modern than others. Either way, though, they’re lots of fun: Things I didn’t know, for example, include the fact that the word “bawheid” can be used both to reference a person with a bald head, and as a general insult. Why is calling someone bald an insult? No idea; I’m a little curious as to whether it’s a syphilis joke a la Shakespeare, but that’s pure speculation on my part. In any event, Doogin points out that a lot of Scottish insults begin with “baw,” so do with that what you will.

She also notes that there are rather a lot of words that mean “idiot” and “smelly.” On the “idiot” end of things, we have such picks as “Dobber,” which Doogin says was a primary school favorite; “bawbag,” another “baw” word; “numpty,” a word I’ve always loved; and, of course, the ever-popular “eejit.” As for “smelly,” if someone is “howling,” “boggin,” or “bowfin,” you might want to stand upwind of them. Never underestimate the importance of good personal hygiene.

One of my favorites? “Lavvy head,” probably because it’s one of the least mature of the bunch. It means “toilet head.” I don’t know if it’s favored more by kids than by adults, but there’s something about the image of a grown-up calling someone a “toilet head” that I find absolutely hilarious in that "Seriously? That's the best you could come up with?" sort of way. I also love that jokes going after someone’s parentage — “Your mother was a hamster and your father smelt of elderberries,” to quote Monty Python’s Holy Grail — just get shortened to “yer maw” and “yer da.” Efficiency: The Scots have it.

Want more? BuzzFeed’s list of the 17 best insults from around the world just made me snort into my coffee for a good ten minutes, so here. Have at thee. Insult well, my friends!