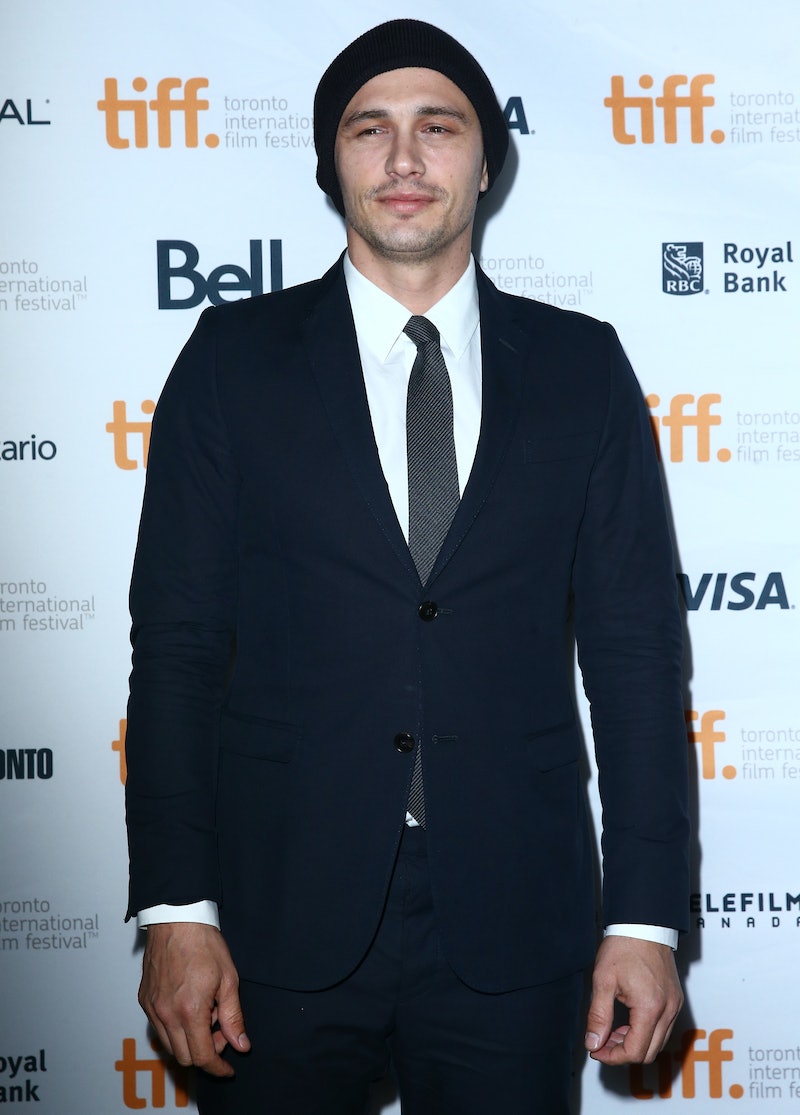 If you've ever found yourself wondering why exactly James Franco takes on more projects than seems humanely possible for anyone to accomplish — which, I assume, is something that every person who knows of James Franco has wondered at least once in their lives — the answer is actually quite simple: James Franco does so many projects because he just wants you to like him.

The explanation comes from an AOL On Originals series piece he participated in titled Making a Scene With James Franco. Franco, who has dabbled in everything from acting to music to writing to art to poetry to learning to teaching to directing to producing to everything else known to man, explained that he tries to make sure he does certain projects that he believes are more mainstream — like comedies, for instance — so audiences will like him more, and he can do a project for himself to counter (his example, of course, is a "Faulker adaptation, or something"):

If I do this and I do other comedies, in a weird way it ... it creates a space for me to do something that contrasts with this. If I, in a weird way, comedy creates good will... For whatever reason in my case, if I do the things like this then it's sort of like one for them and then I get to do maybe a Faulkner adaptation that's for me or something.

Fair enough. But, it does sort of beg the question: Considering Franco's done so much during his time in Hollywood, which of his projects have actually resonated with fans in making his likability go up, and which projects have flopped? Obviously, the "artsy" projects he's participated in with Marina Abramovic aren't meant to boost his Hollywood cred with fans (rather, his art world cred), but what about his filmography? It does often seem like one moment, he's starring in a hilarious comedy with Hollywood's funniest, and the next he's guest-starring in General Hospital or directing, writing, and starring in a disappointing Cormac McCarthy/ Child of God adaptation. What exactly has worked?

Any film he does with Seth Rogen. Although Franco is clearly good buddies with Rogen and the rest of those actors who are fixtures in modern Hollywood comedies (Jonah Hill, Danny McBride, etc.), I'm fairly sure projects like Pineapple Express, This Is the End, and the upcoming The Interview are comedies that he does to boost his Hollywood likability. But hey, I can't knock it — it works.

He wants mainstream cred so he can take his off time and use it to pursue passion projects? Participating in comedies like this, geared toward the younger masses who can and will pay money to see those films in theaters, is the way to do that. The Franco who appears in these films is seen as lovable, hilarious, and cool — not at all pretentious or hipstery, like the Franco we see in the art world.

Films like Spring Breakers, though not comedies, achieve this as well: Franco can act (damn well, at that), and that gains respect.

When you think about it, it's actually kind of brilliant that Franco knows how to adapt so well to the different worlds he likes to be fixtures in. He's like a Hollywood chameleon, or something.

On the other hand, this method has backfired before: Remember when he hosted The Oscars alongside Anne Hathaway in 2011 — and absolutely and completely bombed it? Yep. That whole project, though I'm sure only designed to, once again, gain Franco more fans in a mainstream setting, only crashed and burned because Franco seemed utterly disinterested and, quite frankly, out of it during the entire thing.

I'm pretty sure that ruining a two-plus hour show and making poor Anne Hathaway look like she's dying by the minute on the inside was not what was intended by this — and it only made Franco look a little bit ridiculous and eyeroll-worthy.

Overall, though — terrible Oscar incident aside — I think it's safe to say that Franco's method does work. It's become a bit of a joke that he's so crazy busy with different projects all the time, of course, but as long as he keeps on doing what he's been doing with comedies, it's clear he'll be able to maintain the balance he's looking for. Check out his full interview for AOL's series below: