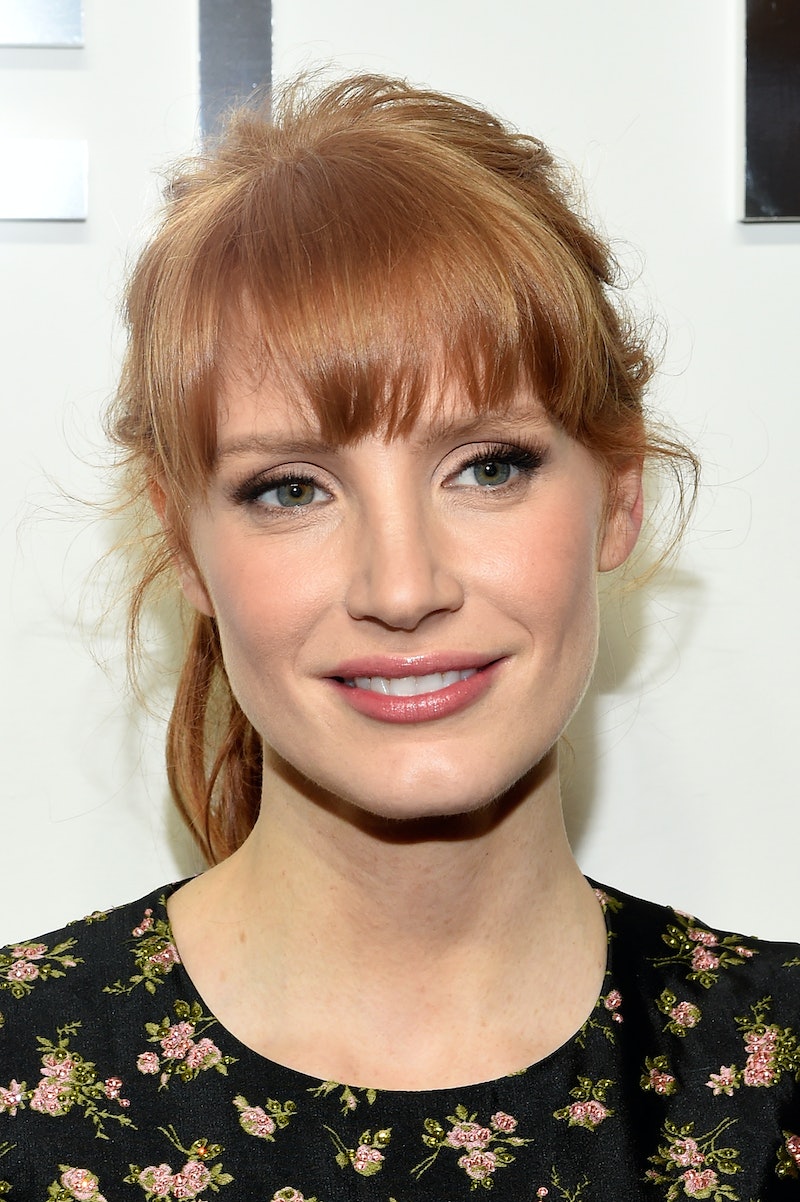 Jessica Chastain's latest film, A Most Violent Year has just gotten a teaser trailer. The film is set in New York City circa 1981, a particularly dangerous year for the city with reportedly 1,826 killings. The crime drama about an immigrant and his family trying to scrape by during one of the most dangerous years in NYC's history stars Jessica Chastain and Oscar Isaac, and is directed by J.C. Chandor. According to Entertainment Weekly, Isaac plays Abel, an "idealistic and well-intentioned gas businessman" who runs into trouble when his growing profits cause him to intersect with NYC's seedy underworld. His wife, Anna, played by Chastain, has some family connections who might be able to help when Abel's run-ins with the bad guys threaten the safety and stability of his family. Albert Brooks also stars, with David Oyelowo and Catalina Sandino Moreno confirmed to appear as well.

Reportedly, A Most Violent Year will arrive in theaters in New York and Los Angeles on Dec. 31, 2014 with plans to expand nationally in January 2015. The film's strategically poised release date make it an ideal contender for an Oscar, as Flavorwire's Shane Barnes points out.

Could this mean Oscar nominations for both Chastain and Isaac? Check out the dark and gritty trailer for yourself below: