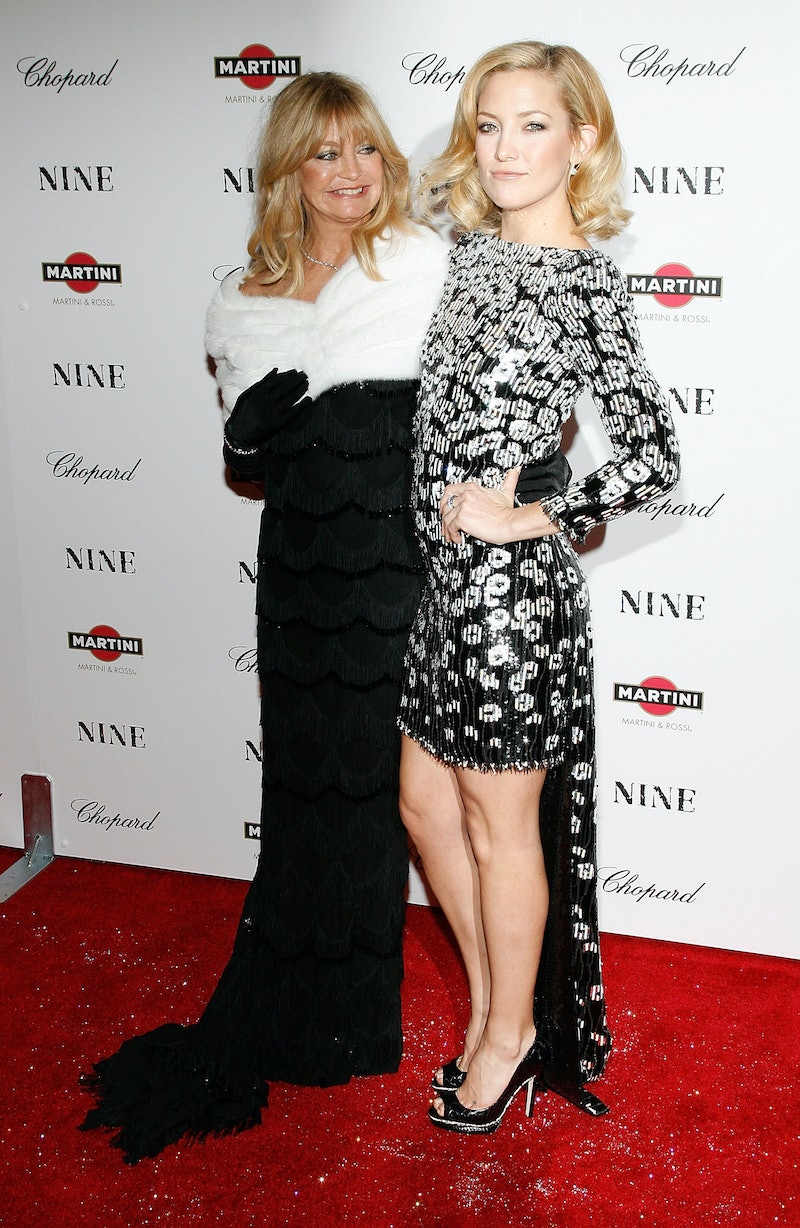 Two things: One, The Sixth Sense needs a reboot like now, and both Kate Hudson and Goldie Hawn need to costar in it playing a version of Haley Joel Osment's character split into two roles. And secondly, The Skeleton Key lied to us, because Kate Hudson would totally survive a horror movie — clearly, she knows what she's doing in the face of the supernatural. In a new interview to promote her upcoming film with Zach Braff, Wish I Was Here, Kate Hudson claimed that she and mom Goldie Hawn "can see dead people," and that she knows exactly what to do every time it happens — from experience, of course.

"It is not really seeing, it is feeling a spirit. A fifth energy. I believe in energy. I believe our brains can manifest into visual things...when you see something, you are supposed to tell the energy what year it is and that they don't belong there," she explained. "When your brain is freaking out on you, you may have to remind it. Why is being dead funny?"

Fair enough — I mean, the ghost is probably just lost Marty McFly–style anyway and wondering what that weird contraption everyone's eyes are fixed to (aka, their iPhones) is while simultaneously questioning why everyone seems to have an obsession with baring their upper torsos these days. It'd be confusing for anyone, dead or alive.

Hudson also explained that she once saw the ghost of a faceless woman, and described it as "really creepy" — although it kind of sounds like she wasn't that freaked, because I know I wouldn't be able to retell a story like that without going into catatonic shock. To each their own, though, right?