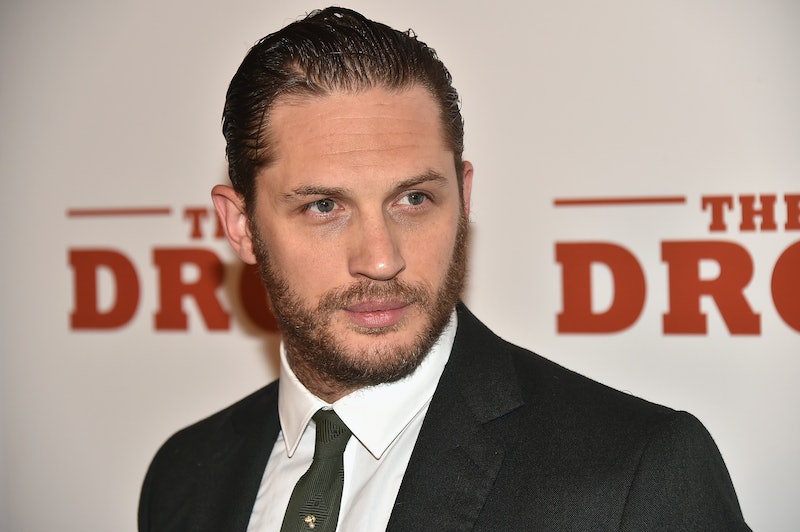 Apparently, Tom Hardy has been married for months, but no one knew about it until now. The actor, best known to American audiences for playing the villain Bane in The Dark Night Rises, apparently wed his fiancé, Edge of Tomorrow actress Charlotte Riley, on the fourth of July.

It looks like it was a fairytale wedding, which is fitting for a fairytale romance. The British couple met on the set of a TV adaptation of Wuthering Heights in 2009, playing the doomed lovers Heathcliff and Catherine. Though their wedding was held in an 18th century castle in Provence, France, it was reportedly only attended by a small group of family and friends. Hardy's six-year-old son by a previous marriage was in attendance, and he apparently played a role in the wedding. A guest told the Sun on Sunday newspaper that "it was a beautiful, low-key day made even more special because they had their closest friends and family around them...There was nothing flash about the wedding, they always said they wanted it to be about the two of them and their family rather than any grand gesture."

Watch a steamy scene from their adaptation of Wuthering Heights, below.