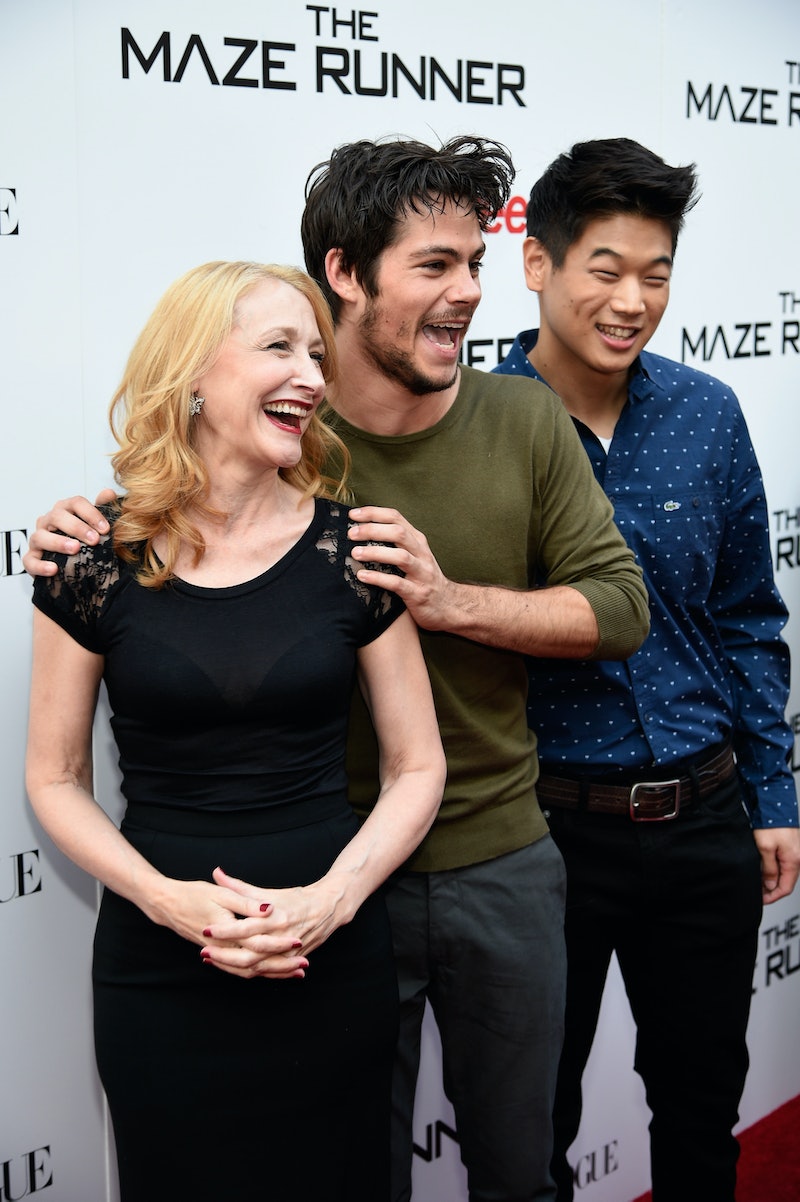 This weekend's box office had Teen Wolf's Dylan O'Brien beating A-listers like Tina Fey, Jane Fonda, and Jason Bateman. Maze Runner took first place, re-proving the drawing power of the dystopian YA blockbuster — and likely establishing O'Brien as a dude who just landed his name on the casting list of a whole lot of new projects. You go, Maze Runner; four for you, Maze Runner.

This Is Where I Leave You, which stars a cast chock-full of big names or rising names (Fey, Bateman, Fonda, Connie Britton, Adam Driver, Rose Byrne, Corey Stoll, Timothy Olyphant, Dax Shepard), came in third this weekend with $11.86 million. A Walk Among The Tombstones, which I had somehow never heard of until right this second, came in above it in second place at $13.1 million. Apparently this is another Liam Neeson movie where someone kidnaps his wife. The guiding advice of our age might just be to never allow yourself to become Liam Neeson's on-screen wife or daughter.