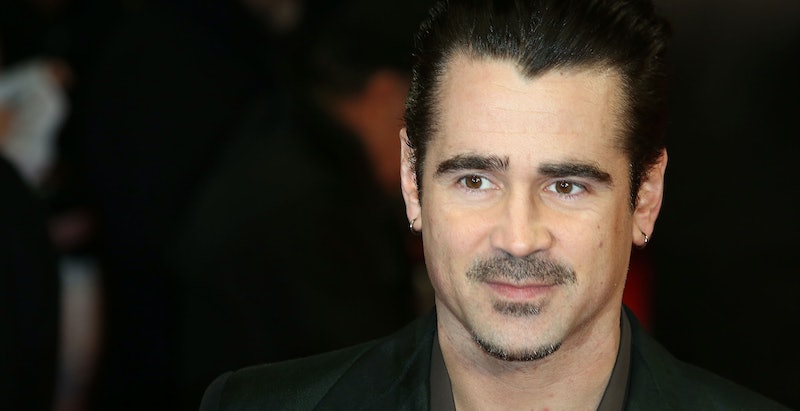 With many left wondering who would be starring in the second season of True Detective — an HBO show known for its anthology format starring different characters and storylines every season — it looks like someone has finally been cast. After many rumors, it has now been confirmed that Colin Farrell will act in True Detective as one of the three lead characters in the next season.

“I’m doing the second series. I’m so excited,” Farrell told the Sunday World. “I know it will be eight episodes and take around four or five months to shoot. I know very little about it, but we’re shooting in the environs of Los Angeles which is great. It means I get to stay at home and see the kids.”

Aside from the fact that Farrell will be participating in one of HBO’s biggest hits, it’s super heartwarming to know his biggest priority is being close to family. Tissues, anyone?

Although Woody Harrelson and Matthew McConaughey were lauded for their roles as Detective Martin Eric Hart and Detective Rustin Spencer Cohle respectively, having had his own share in serious films like Total Recall, Phone Booth, and The War Zone, Farrell will surely play his part well. As for the two other actors who will work alongside him, rumors for the cast have included everyone from Elisabeth Moss and Rachel McAdams, to Vince Vaughn and Taylor Kitsch.

Farrell confirmed with the Sunday World that the rest of the True Detective cast has yet to be chosen, and since Season 2 won’t air until 2015 who knows when those names will be released. So far, however, the True Detective team has done well choosing Farrell, so it’ll be interesting to see if they’re on point with the other leads. But Vaughn in a drama? Not so sure about that one.