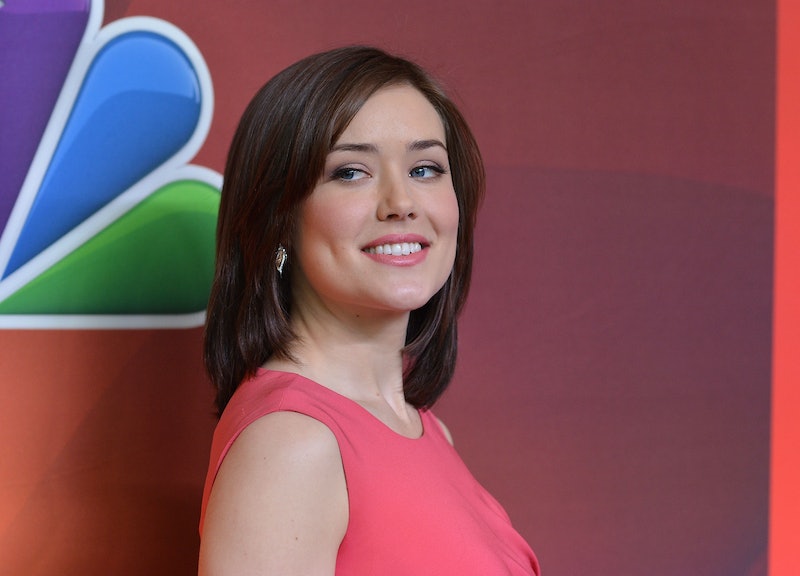 Last season, television viewers got to know actress Megan Boone very well on The Blacklist. Well, technically we got to know rookie FBI profiler Elizabeth "Lizzie" Keen very well. It may seem like Boone was plucked from obscurity to star in the hit crime drama, much like the mysterious Red essentially did to Lizzie in the show (just replace "star in the hit crime drama" with "become his right-hand woman in tracking down bad guys"). But unlike her character, Boone is no rookie when it comes to acting — especially opposite Emmy winner James Spader, who plays Red.

In fact, Boone was the very first actor to be cast in the drama and she told the Wall Street Journal that before it even premiered, she had a feeling starring in The Blacklist would change her life for the better. You've definitely seen her on the big and small screens before, though she may have had much different hair than you're used to seeing on The Blacklist, which premieres its second season Monday night on NBC. Fun fact: The 31-year-old actress wore a long-haired wig when shooting Season 1, because her normally short hair didn't fit the long-locked look the producers wanted for Lizzie. Here's what else you need to know about the series' breakout star.

Boone graduated from Florida State University in 2005 with a bachelor's degree in acting before coming out to Los Angeles, where she started out primarily doing theater. Two years later, LA Weekly honored Boone with two awards for her comedic performance in Charles L. Mee's play Limonade Tous Les Jours. It wouldn't be long after that before she made her big screen debut in the feature slasher My Bloody Valentine 3D, starring Jensen Ackles, Jaime King, and Kerr Smith. Boone also guest starred in the short-lived A&E drama The Cleaner and CBS' Cold Case.

Stepping Up to Stardom

More TV and movie roles followed for Boone, especially in 2010. During that year, she could be seen in Sex and the City 2 and IFC's The Myth of the American Sleepover, along with starring in a CW pilot called HMS (that stands for Harvard Medical School). Boone played small town med student Nell Larson who gets overwhelmed by by her first day at one of the best medical schools in the country. The pilot was never picked up, but she moved on to join the ensemble of the one-season-wonder Law & Order: Los Angeles, portraying Deputy District Attorney Lauren Stanton.

On the movie screen, Boone had a small role in the Miami-set Step Up Revolution (part of the never-ending series of dance films), IFC Films' About Cherry (starring James Franco and Heather Graham), and indie drama Leave Me Like You Found Me.

From the NYPD to the FBI

Before Boone's breakout role in The Blacklist, she honed her investigative skills on two episodes of the CBS cop drama Blue Bloods opposite Donnie Wahlberg. She also played the object of Adam Brody's affection in the Jean-Claude Van Damme comedy (yes, comedy) Welcome to the Jungle.

Next, aside from Season 2 of The Blacklist, you'll be able to catch Boone in a yet-to-be-released family drama film called Family Games.