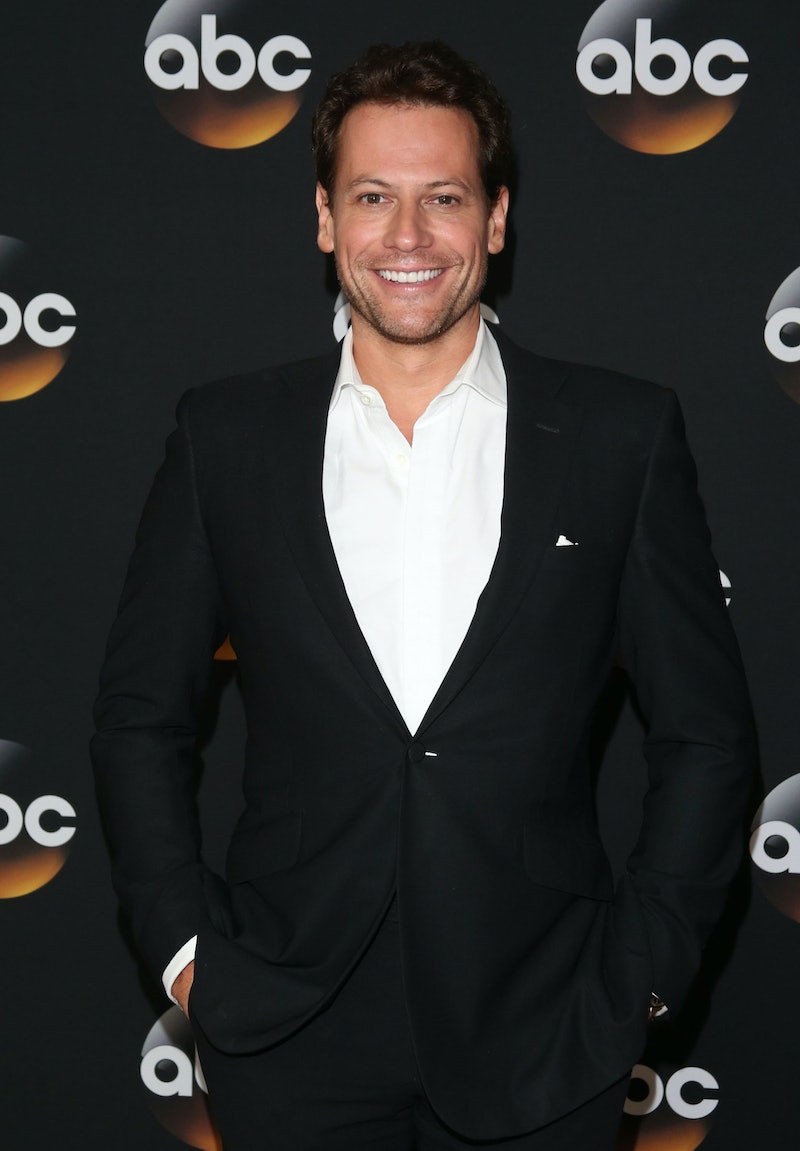 In the inescapable trailers for ABC's new drama Forever , you'll swear you've heard star Ioan Gruffudd's very charming British and seen his extremely handsome face before. Chances are you have, since the Welsh actor has appeared in many TV shows and movies through his career, which has spanned more than 20 years. In his Forever role, Gruffudd plays Dr. Henry Morgan, a medical examiner who can literally live, well, forever. He, along with a mere mortal played by Alana De La Garza of CSI: Miami and Law & Order fame, will solve a series of crimes in the typical procedural fashion. Well, typical aside from the whole "I can't die" part.

Forever is not the first show to tackle the concept of case-solving immortal, but it's also not Gruffudd's first character with super powers — after all, he was Mr. Fantastic in Marvel's Fantastic Four. He has also lent his voice to several superhero cartoons, like Justice League Unlimited and Batman: The Brave and The Bold. The 40-year-old actor has a lot of range, having starring in everything from a Welsh soap opera and the English Horatio Hornblower movies to The CW's short-lived drama Ringer and Fox's Glee.

Back in Merry Ole England

At the tender age of 13, Gruffudd started acting in a Welsh soap opera called Pobol y Cwm (it means "People of the Valley" in Welsh), which continues to air new episodes to this day on BBC. He played a character named Gareth Wyn Harries from 1987 until 1994, when he left the show to attend the Royal Academy of Dramatic Arts at age 18.

During his final year at the prestigious school, Gruffudd was widely noticed as the male lead of Henrik Iben's classic play Hedda Gabbler, which led to his first parts in U.K. productions (BBC's Podark, the Oscar Wilde biopic Wilde) and his first role in a U.S. film: James Cameron's Oscar-winning blockbuster Titanic. (He's the officer who eventually yells "Come about" when Rose starts blowing that whistle in the icy water.)

Charming Both Sides of the Atlantic

In 1998, Gruffudd landed his breakthrough role: The titular character in the U.K.-produced Horatio Hornblower made-for-TV movies, which aired on British TV and American channel A&E. He portrayed the Royal Navy officer in eight movies, airing from 1998 until 2003. The epic series of films, based on the novels by C.S. Forester, won a pair of Emmys in 1999.

In between the filming of the Hornblower flicks, Gruffudd had small and large parts in both U.K. and U.S. movies and TV series. He appeared in the BBC's adaptation of Charles Dickens' Great Expectations, a BBC series named Warriors, and an ITV miniseries called The Forsyte Saga. In the United States, Gruffudd had roles in 102 Dalmatians (where he met his wife Alice Evans), Black Hawk Down, and King Arthur.

Superheros, Animation, and Glee — What Will He Do Next?

In 2005, Gruffudd graduated to Marvel leading man — and superhero — as Dr. Reed Richards (aka Mr. Fantastic) in the first Fantastic Four film and in the 2007 sequel. He also went on to voice superheros in DC Comics' Justice League Unlimited and Batman: The Brave and The Bold. After playing Sarah Michelle Gellar's husband on CW's Ringer, Gruffudd went on to have guest roles on ABC's Castle, USA Network's Necessary Roughness, and Fox's Glee.

In addition to Forever, look for him in the star-studded film Playing It Cool (starring Chris Evans) to be released later this year and in the Dwayne "The Rock" Johnson disaster movie San Andreas, which is due in theaters next year.