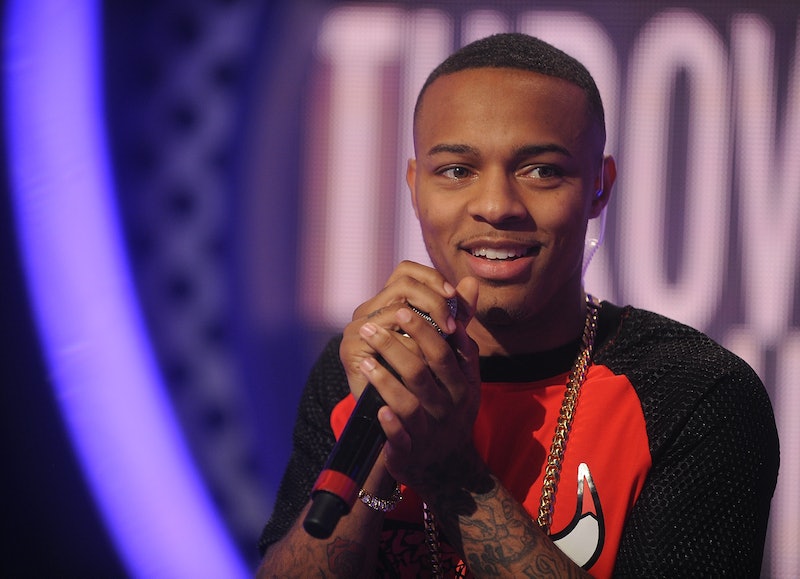 When Bow Wow said he wanted to go by Shad Moss, his given name, to work on other projects I wonder if he was referring to VH1’s Love and Hip Hop New York, because if his latest news is any indication, he just might be appearing on the reality show. Bow Wow is engaged to Erica Mena, a star of the show, after six months of dating. Of course, his attempt at a name change was pretty unsuccessful, but at least he has this exciting news to keep him happy.

Mena revealed the news Saturday at the BET Hip Hip Awards, when an E! red carpet reporter asked if Bow Wow was her boyfriend. She responded with "Uhh... he’s actually my fiancé" as she flashed her engagement ring to the camera.

Bow Wow and Mena have been linked in the past, but apparently no one really knew they were really dating let alone involved in this serious of a relationship. Mena was asked if they were even in a relationship on the red carpet, after all.

This love story appears to have all started back in February when Mena made an appearance on Bow Wow’s BET show 106 & Park and the two kissed on camera. Aside from that, the relationship has been pretty under the radar until now. It's unclear when exactly the artist formerly (and, really, still currently) known as Bow Wow proposed, but he posted a photo of Mena's engagement ring — and a very blingy watch — on his Instagram account Sept. 21. The photo was posted without a caption to keep the intrigue going.