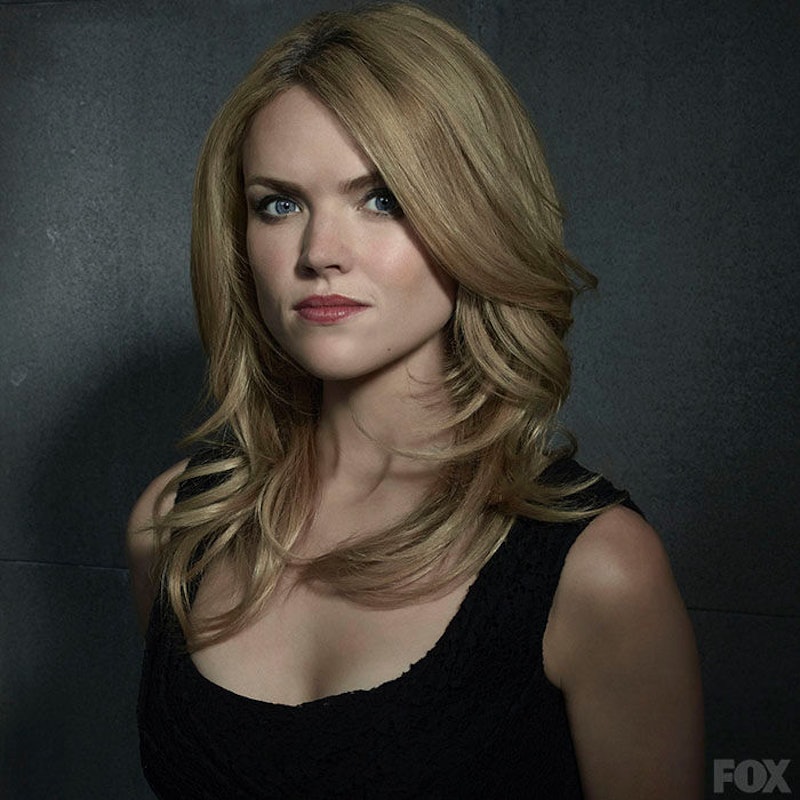 Early spoilers about Gotham warned us that Jim Gordon's fiancée Barbara Kean was hiding a big secret and we got a great hint about it during the premiere episode of the show. Major Crimes Division Officer Renee Montoya came over to Barbara's house to inform her that Jim had helped to frame an innocent man for the Wayne murders and their conversation revealed a bombshell: Barbara and Renee have a history together that's heavily implied to be romantic and there's a good chance Jim doesn't know anything about it. The Gotham preview special revealed that Barbara and Renee had some kind of relationship, but if it's formerly romantic (or sexual, if not both) is an amazing way to add diversity to the mythos.

Renee Montoya was already one of the few homosexual characters in the Batman universe, but Barbara Kean-Gordon was an underdeveloped supporting character who is either dead, divorced, or Batgirl's mother, depending on which comic you're reading. The fact that the show is giving her a subplot of her own, independent of Jim, to make her a fully fleshed out character is more than we managed to get from the comics. The fact that she's heavily implied to be bisexual and once part of an interracial relationship with one of the few diverse characters from the Batman universe? That's icing on the cake.

We don't know what exactly happened between Barbara and Renee, but from the powerfully charged scene between them, it seems Renee is still not quite over it. Barbara seems to be trying her hardest to move on with Jim and put Renee, and whatever happened between them, behind her, but you could tell from the way they interacted that there is still a lot of love between the two of them. And a lot of secrecy, since Barbara practically shoved Renee out the door and wasn't completely honest with Jim about her visit.

Admittedly, I'm already a little wary at the potential storyline of spending another season of a show watching a bi- or homosexual woman pine after a woman who is already involved in a man. I got enough of that from Mulan and Aurora on Once Upon a Time and I still haven't recovered. I'm happy that they're portraying a potentially bisexual woman like Barbara Kean on Gotham and treating her relationship with Renee in the exact same light as her relationship with Jim, but it seems like it happens all too often that the "safe" way to have a lesbian or bisexual woman on a show is to have her pining over someone that they can't have.

And, honestly, I hope most of all that Renee doesn't get marginalized at any point over the course of the season. I want to see her heavily involved in the plot, with reciprocal love interests of her own, rather than just showing up to give Jim and Harvey Bullock the side-eye and pine over Barbara. Don't let me down here, Gotham. I'm counting on you.