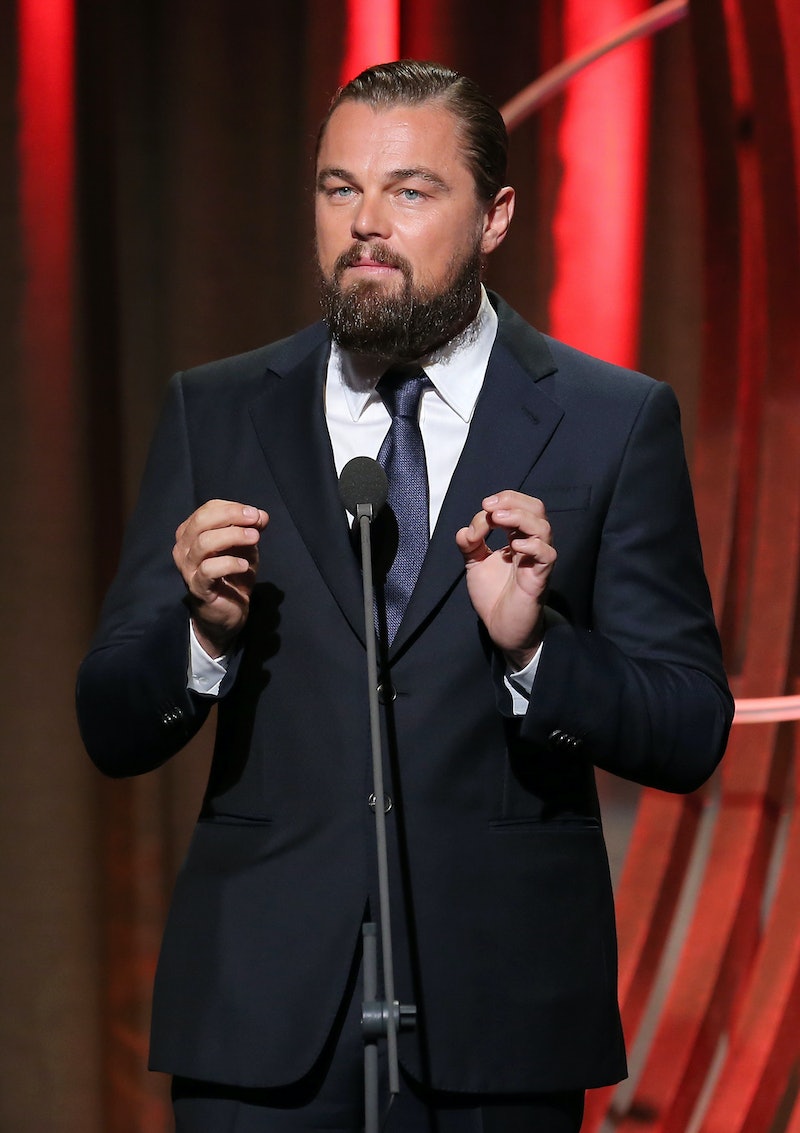 You guys, it's highly imperative that you stop whatever important work you're doing and watch this video of Leonardo DiCaprio rapping. You'll thank me and probably replay it over later because you, too, were just as shocked to see the Wolf of Wall Street actor take the mic and drop a couple of lines from the Tribe Called Quest song "Scenario." DiCaprio also had some help from fellow actor Jamie Foxx — yep, he was there too. Who knew Leo had such skills anyway?

It all went down at night club 1 Oak in West Hollywood during a birthday party for club owner Richie Akiva on Thursday. DiCaprio, sporting a cap as he hunched over to do a few lines of the song, took the mic and performed for what appears to be a really big crowd. DJ D. Painter posted an Instagram video of it on his account, though it's since been taken down. According to Just Jared, DJ D. Painter said "Epic to say the least. @1OakLA was insane last night! He’s wearing a hat and has a huge beard but trust me, it’s Leo #leonardodicaprio #jamiefoxx #djMOS #1oakla #celebrities #hollywood #nightlife #atribecalledquest #beverlyhills @iamjamiefoxx." Well, he got the right hashtags in there.

Why it was taken down is anyone's guess. I don't know why DiCaprio would have wanted it gone — he's the one who took the mic and amazed a crowd full of smart phones with his fantastic rapping prowess. Granted it was no freestylin' but he still gets props for doing it. Just add it to the list of DiCaprio's talents, like his break dancing, which he showcased in The Wolf of Wall Street.

Or his environmental activism. This Sunday, DiCaprio was honored at the 2014 Clinton Global Citizen Awards, where he said that it was time "to put environmental issues at the forefront of the human agenda."

Or, you know, his acting.

DiCaprio's always surprising us with his talents. Then again I expect nothing less.