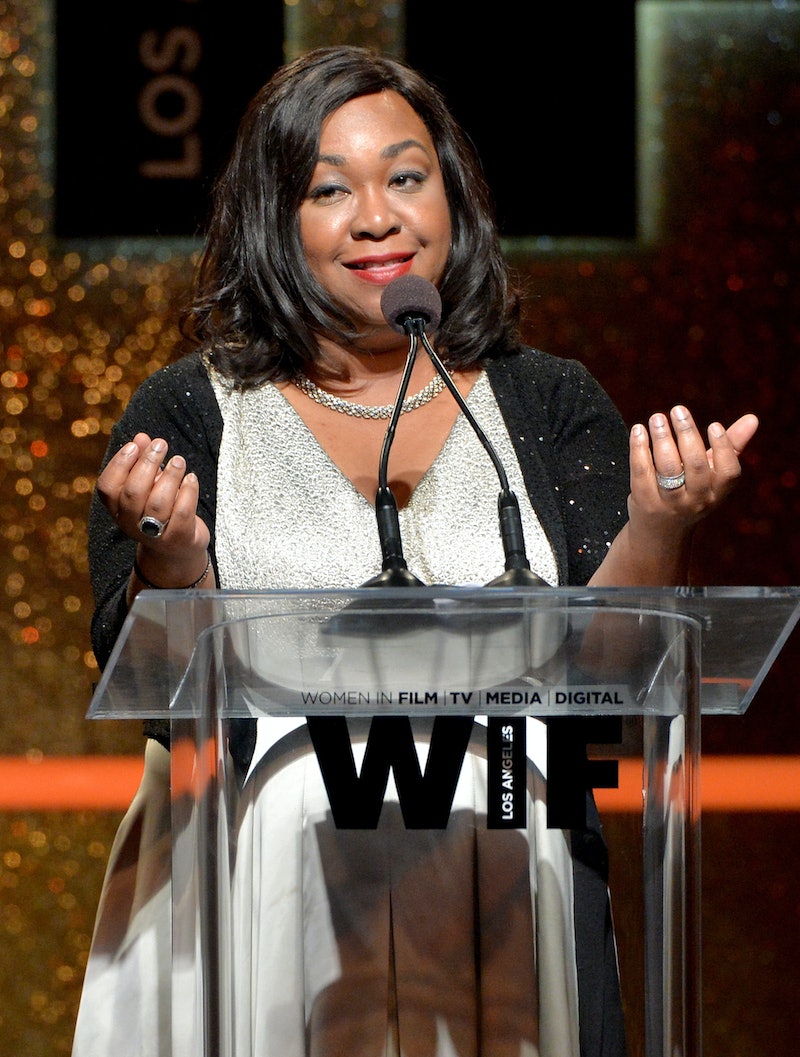 The conversation surrounding Alessandra Stanley's controversial (see: ignorant) review of How to Get Away With Murder has been rapid fire. Margaret Sullivan, the New York Times public editor who reflects and writes about the content of the publication, responded on Monday morning to Stanley's review, deeming the article "astonishingly tone-deaf and out of touch."

Sullivan's piece invoked several salient points, calling for the Times to reevaluate their editing process as well as their staff, noting that of the critics which Stanley numbers among, "The Times has a number of high-ranking editors and prominent writers who are people of color, but it’s troubling that among 20 critics, not one is black and only one is a person of color." Not surprising, then, that culture editor Danielle Mattoon told Sullivan, "Multiple editors — at least three —read the article in advance but that none of them raised any objections." The blind lead the blind; of course a staff of primarily white critics would likely be ignorant of the nuances of racist undertones.

Sullivan also included a poignant letter to the editor from reader Patricia Washington, who was not only deeply offended by viscerally hurt by Stanley's piece, and she asks a damning question: "This story denigrated every black woman in America, beginning with Shonda Rhimes, that dares to strive to make a respectable life for herself. Why is Ms. Stanley allowed to characterize Ms. Rhimes as she did and get away it? Why is she allowed to characterize Viola Davis as she did in her story and get away with it?" Why indeed? Regardless of how offensive and color-blind Stanley was in her piece, she still has the institution of the Times behind her—after all, they published her review in the first place, with no inkling that it would alienate their black audience.

In fact, Mattoon went on to say that although the piece alerted her that the editorial process must be revised, she ultimately defended Stanley's piece. Stanley herself finally issued a statement in response to the original article, and, as suspected, it was a huge self-centered disappointed: "If making that connection between the two offended people, I feel bad about that." Lol, k. 'I'm sorry you were offended' is the apex of ignorance: there is no self-reflection, only a "Sorry you're mad at me, but I didn't do anything wrong." She even went as far as to humblebrag (seriously, the audacity is almost impressive): "I so often write arch, provocative ledes that are then undercut or mitigated by the paragraphs that follow." Basically: I am too highbrow for you readers that misconstrued me, that isn't MY fault."

Sadly, though, this further silencing of the many, many voices that rose up in anger against Stanley's piece — including Viola Davis' herself — are not only demeaned by the author herself, but by the fact that so far, the Times has stood behind her. Though they attempted to be diplomatic in their response, it is clear from Mattoon's response that Stanley will likely not be removed from staff.

Mattoon did note that the Times needs to improve their diversity; as Sullivan mentioned, their critics are starkly white, with only one person of color among them. How does a publication like the New York goddamn Times believe it can stay relevant in 2014, the age of constant and instant media consumption, if they don't represent voices of people of color to provide perspective on media? it's baffling, but unfortunately, there will always be an audience for such publications that side with the offending editors. The demeaning silencing comes from the inside, and they desperately need a change — or we have to stop reading.