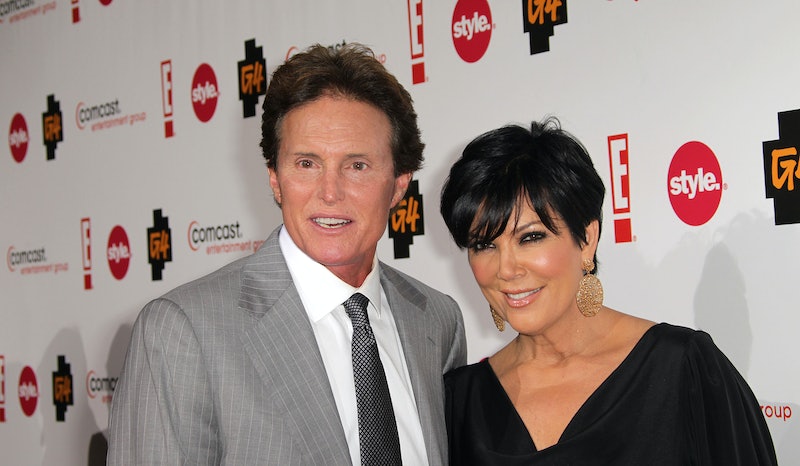 It seems the matriarch and patriarch of the Kardashian-Jenner clan are officially calling it quits. TMZ reports that Kris Jenner has actually filed for divorce from her longtime husband Bruce Jenner. The couple, who announced their split back in Oct. 2013, have been married since 1991, so this is bound to be a heavy blow to their rather tight-knit family. Mama Jenner apparently filed "propria persona" — which is Latin for "for oneself" aka without a lawyer — and has cited Hollywood's go-to explanation of "irreconcilable differences" as the grounds for ending the marriage. (Though I'm sure we'll inevitably find out all the juicy details on a future episode of Keeping Up With the Kardashians.)

However, there doesn't really seem to be any drama on the negotiating front. In fact, sources claim everything has already been worked out between their business managers over the last few months. And since there was no prenup, they've already come to an agreement on a shared property split. They will also share joint custody of their 17-year-old daughter, Kylie. (Their eldest, Kendall, is already 18, and therefore plays no part in the parental/divorce proceedings.) In addition, neither Kris nor Bruce are asking for spousal support.

All-in-all it sounds like a relatively amicable separation, which is slightly surprising given this family's natural flair for the dramatics. Hopefully this means that the ex-duo can still be friends to help make it an easier transition for the kids.