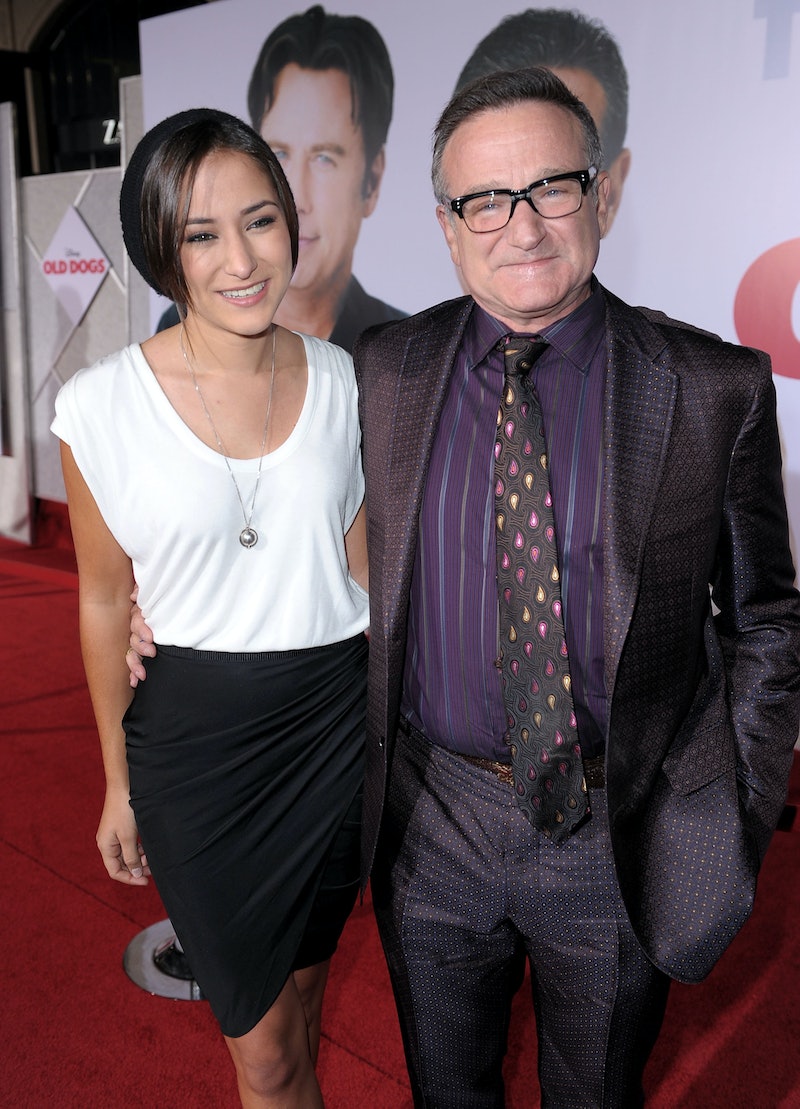 It's been over a month since the tragic death of legendary comedian and actor Robin Williams, and, as somewhat of a testament to how deeply he touched the lives of countless people, letters and messages of support are still flooding in from fans across the world. Early today, Robin Williams' daughter, Zelda Williams, returned to Twitter to thank fans for their kind messages, in an emotional set of tweets and with a photo of Williams himself appearing on Sesame Street back in 2012.

"I just want to say thank you for all the stories and letters I've been receiving, especially from those who've also lost loved ones," Zelda began her set of tweets. She continued: "I don't come online often, but reading of others who have dealt with this loss & gone on to live happy, full lives is helpful. Truly." A third tweet included the Sesame Street photo sent to her by a fan, with the caption, "Bearded sing off :)."

It's good to see that Zelda is seeing an outpouring of support and love from fans at this difficult time, especially after she initially quit Twitter last month thanks to a group of terrible Internet trolls who were subjecting her to bullying in the days after Williams' devastating death. Since her return earlier this month, I'm glad that she's receiving kind messages of love and support now — especially after she shut down the bullies on Tumblr with a powerful Harvey Fierstein quote about the topic, "Never be bullied into silence. Never allow yourself to be made a victim. Accept no one’s definition of your life; define yourself."