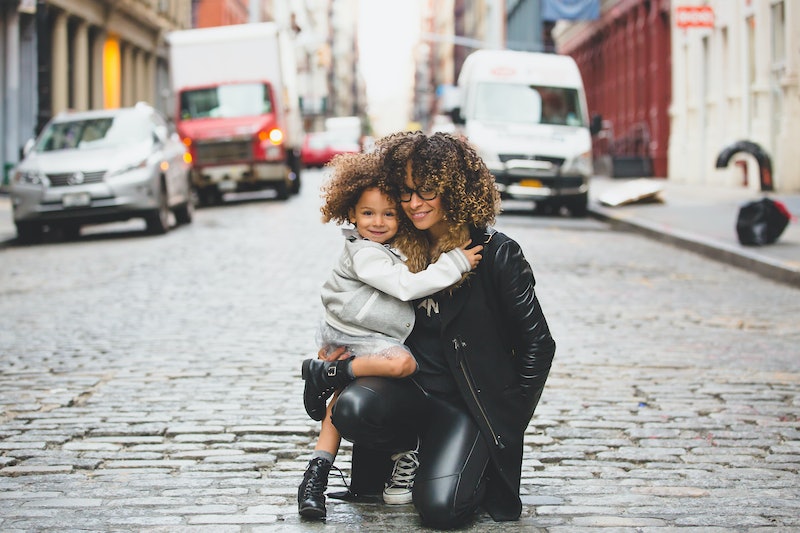 An Associated Press WEtv poll of people under 50 found that more than two in five unmarried women without children—or 42 percent—would consider having a child on their own without a partner, including more than a third, or 37 percent, who would consider adopting solo.

The poll reflects the changing tide in the landscape of American families, with single motherhood on the rise. As reported by the Eagle-Tribune, the U.S. Census Bureau’s 2011 report found that, of the 4.1 million women who’d given birth that year, 36 percent were unmarried at the time of the survey, an increase from 31 percent in 2005. And among mothers 20 to 24, the percentage was 62 percent, or six in 10 mothers.

While many women may be cozying up to the idea of raising a child on their own, I still have my reservations. As the daughter of a single mother, my experiences growing up preclude me from entering into this arrangement willingly. It’s not so much that I feel that I particularly struggled in my own life. Being the resourceful woman that she is, my mother ensured that I never felt the sting of economic disadvantage. Neither did I ever feel that I lacked the support and supervision ascribed to a two-parent household—my mother was a village in her own right, and she inculcated that incommunicable sense of strength in me.

Suffice it to say, my mother is my hero. But I never wish to follow in her footsteps and here are the principal reasons why:

1. Because I need back-up. Statistically, children do better with the supervision of two parents. One study by Bruce Ellis of the University of Arizona found that about one-third of girls whose fathers left the home before they turned six ended up pregnant as teenagers, compared with just five percent of girls whose fathers were there throughout their childhood. This dramatic gap narrowed a bit when Ellis controlled for parents’ socioeconomic background—but only by a few percentage points. The findings suggests that girls raised by single mothers are less likely to be supervised and thus more likely to engage in early sex. With respect to boys, research by Sara McLanahan at Princeton University suggests that they are are significantly more likely to end up in jail or prison by the time they turn 30 if they are raised by a single mother. Specifically, McLanahan and a colleague found that boys raised in a single-parent household were more than twice as likely to be incarcerated, compared with boys raised in an intact, married home. This remained true even after controlling for differences in parent income, education, race, and ethnicity. Research on young men suggests they are less likely to engage in delinquent or illegal behavior when they have the affection, attention, and monitoring of their own mother and father.

These are just the facts.

I believe that I defeated them only because my mother was a hawk. She never rested. Sure, she got her measly four to five hours of sleep at night but she was never truly at rest. For the better half of my life, she did not have a partner to relieve her of her maternal duties when she was tired or frustrated. In my estimation, her rollercoaster cortisol levels and physical ailments were exacerbated because she had to shoulder the brunt of the responsibility of taking care of me. Theoretically speaking, having an extra mind and set of eyes and hands makes parenting easier. That is not to say that there is an equitable distribution of work in two-parent homes, but they at least have the option of sharing the responsibility of parenting with a partner.

2. Because playing two roles gets tricky. I broach this point, treading carefully. My mother, bless her, was a big proponent of tough love. She likes to call it “preparing me for the real world”. I call it being hard, and as I have relayed to her in my older age, there were times where I wish she had been softer. But, given that I did not have a father in the household, she assumed the authoritarian role. Some days, I just wanted a mother—and I felt like I had a parole officer. That experience leads me to argue that having two parents that complement each other’s approach may be a preferable environment—as opposed to one trying to reconcile the two.

3. Because I don’t want my kids to feel the same void I did. I am on the brink of turning 20, and I am just now at point where I can say that I am beginning to heal. But there are still days where I find myself regressing into sadness. My birthday falls right before Father’s Day every year and it still stings a bit. Whoever said that you cannot miss what you never had obviously had two parents. The sense of loss I felt growing up was inexpressible—I couldn't even understand my feelings for a long while. I don't want my future children to have to grapple with those convoluted emotions.

Granted, I understand that life can throw us for loops and that we cannot plan everything. Sometimes, these situations are out of our control. But for me, right now, willfully planning to be a solo parent is not an option.

More like this
The Rarest Baby Names In The U.S., According To The Most Recent Data
By Mia Mercado and Emma Carey
The Most Compatible Life Path Numbers, According To Numerologists
By Kristine Fellizar
The 3 Most Compatible Matches For Life Path 1s
By Kristine Fellizar
9 Alternatives To The 3-Day Texting Rule In Dating
By Ginny Hogan
Get Even More From Bustle — Sign Up For The Newsletter