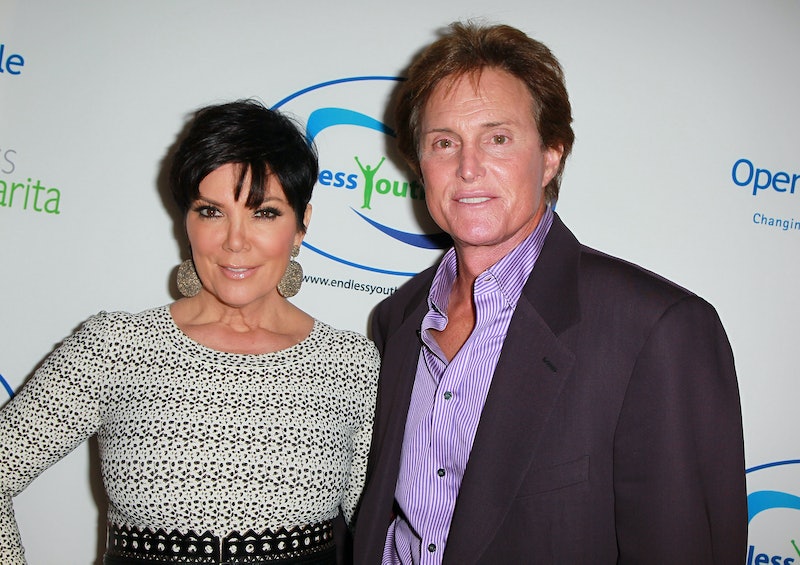 Pop quiz: How much money do you think Kris and Bruce Jenner are splitting in their divorce? Take into account, in addition to starring on one of the longest-running, most successful reality shows, Kris and Bruce are both established in their own rights. As a former Olympian, Bruce still rakes it in from various speaking engagements, and as the matriarch of all things Kardashian, Kris rakes it in from her off-spring. So, what do you think? A hundred million? One fifty? Take a stab at the pile o' cash the couple is splitting. Give up? Try $60 million. By no means is that chump change, but seems a little low, right?

Numerous sources told TMZ that the pair pooled their money from various ventures into a joint account and split it down the middle. Kris is keeping the couple's Hidden Hills estate, and Bruce is keeping his Sherwood Country Club membership. There's some gray area in terms of what we know about the couple's finances in their "easy and amicable" divorce, but get this: from what I've been able to find online, looks like Bruce is worth more than Kris.

According to numerous websites, Bruce is worth around $100 million, while Kris is "only" worth $30 million. Of course, most of Bruce's money was made in the 80s when he was the sought-after athlete, while Kris' empire only started a few years ago, but still — somewhat surprising. Also, despite the couple not having a prenup, it sounds like Kris may not be entitled to a fair chunk of Bruce's money since it was made before they got together.

Either way, both Kris and Bruce will clearly be just fine financially after their split is made official. In fact, odds are, they'll both only continue to get richer.