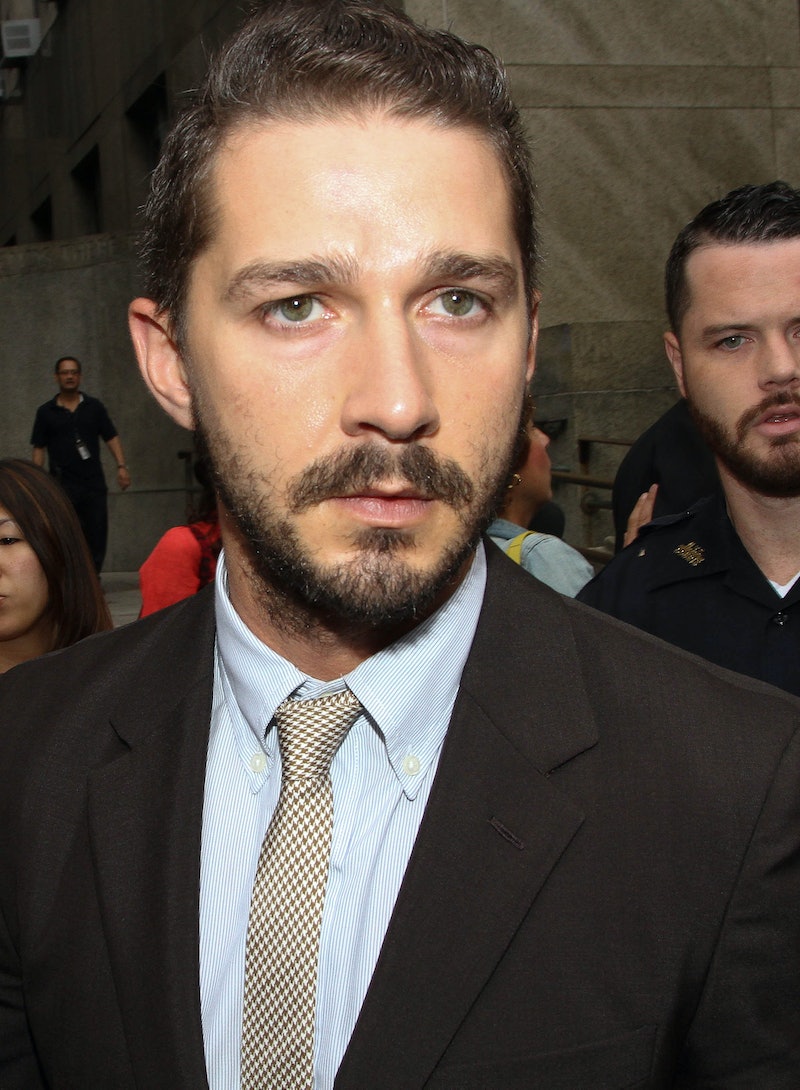 Shia LaBeouf is one of the greatest artists of our time... said no one ever. Shia LaBeouf is a moderately good artist... said no one ever. Shia LaBeouf seems like a super cool dude... okay, now I'm just being rude, but you guys! Shia LaBeouf is kind of the worst. You'd think he'd hang up his non-acting "artistic" hat after the debacle that was the paper bag over his head that read "I Am Not Famous Anymore," or the plagiarizing of comic book creator Daniel Clowes, but nope. LaBeouf's at it again. This time, the Transformers actor has an art installation at the Stedelijk museum in Amsterdam.

The details of LaBeouf's art exhibit are fairly scant, but we do know that it's going to be running themed. LaBeouf has actually been teasing this announcement for some time with a series of cryptic tweets via his Nike+ app that eventually spelled out #Metamarathon, which is the name of his installation. According to the museum, LaBeouf will "#metamarathon walk around the building of the Stedelijk Museum" and "visitors are invited to join... running shoes are optional." Sounds great.

Okay, fine, I'm coming off as a bit pissy-pants-esque, but can't LaBeouf just stick to acting? He's actually a good actor! Why does he have to go copying other people's work and putting bags over his head? Or, metamarathon walking around a museum — whatever that means.

We get it, Shia. You're artsy and creative. Now, if it isn't so much to ask, would you mind going back to fighting gigantic robots?