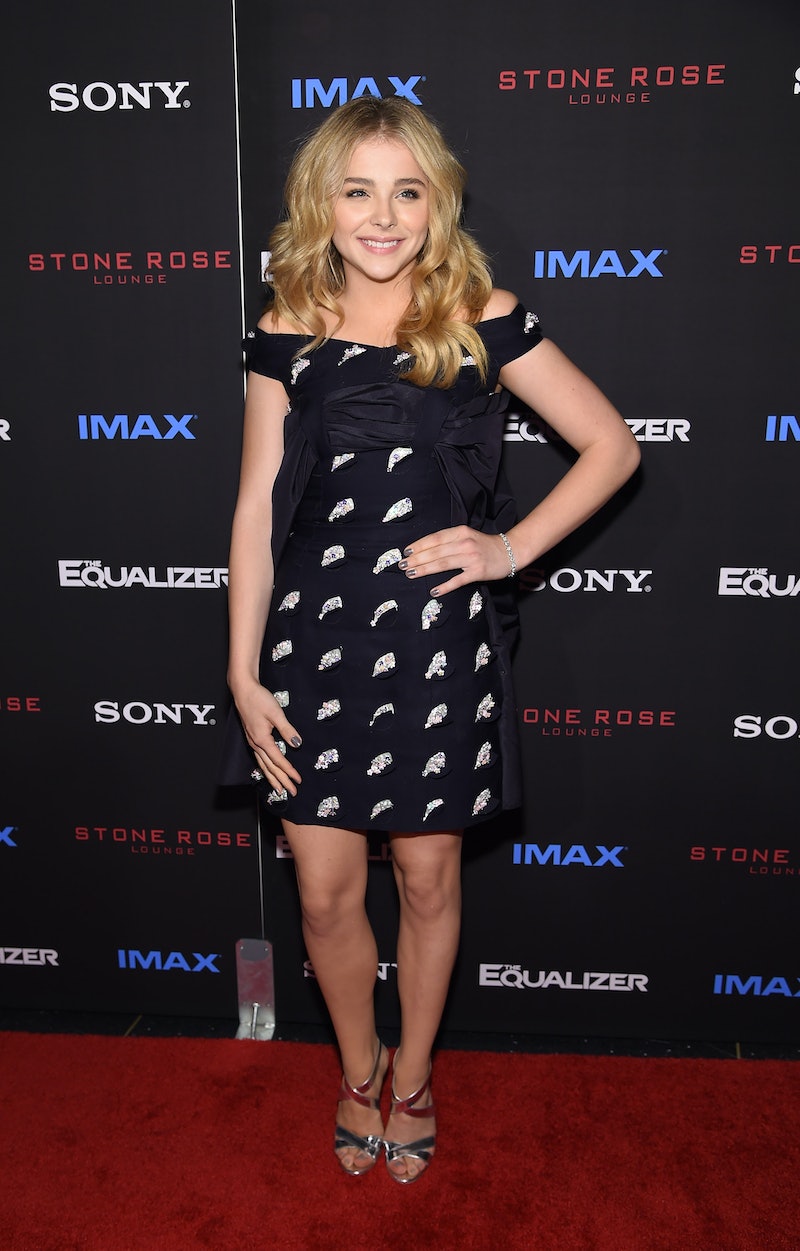 Belts. They always have and always will go around our waists, right? Wrong! Belts can go wherever they damn well please, as evidenced by Chloe Moretz's Dior dress featuring a bust belt. Yeah, that's a belt around her boobs. It's definitely as weird as it sounds.

Chloe Moretz can essentially do no wrong in my book. She's adorable, talented as heck, and has an enviably hot boyfriend (Disclaimer: I'm a grown woman and am in no way actually attracted to Brooklyn Beckham because he's a youth). But I'm really not sold on the Dior concoction she wore to promote The Equalizer at New York's Lincoln Square Theater this week.

The dress is like the couture version of a Courtney Love baby doll dress, with a sweet little print and cute silhouette that's totally appropriate for a 17-year-old movie star. So far so good. Then there's the silk sash, which sits high up on Moretz's chest like it's preventing her boobs from falling off. The sash spills out into a sassy train trailing down the back of the dress, which is a detail I enjoy. That belt, though...

You know those famous stories about inventions that come about entirely by accident? Like velcro and Post-Its? I'm thinking something similar happened with this dress at the House of Dior. Here's how it almost definitely went down.

SEAMSTRESS: Oh, no, I've sewn the sash to the bosom! I'm sure to be fired now.

Cut to model wearing the dress on the runway

What do you say — is this the hottest new trend, or are we all just running out of ideas? I can't see the look taking off beyond the red carpet, because it's really weird and won't work on ladies with any substantial amount of boob-age. Just picture how bizarre Kate Upton would look with a belt around her ample bosom and you'll know what I mean.