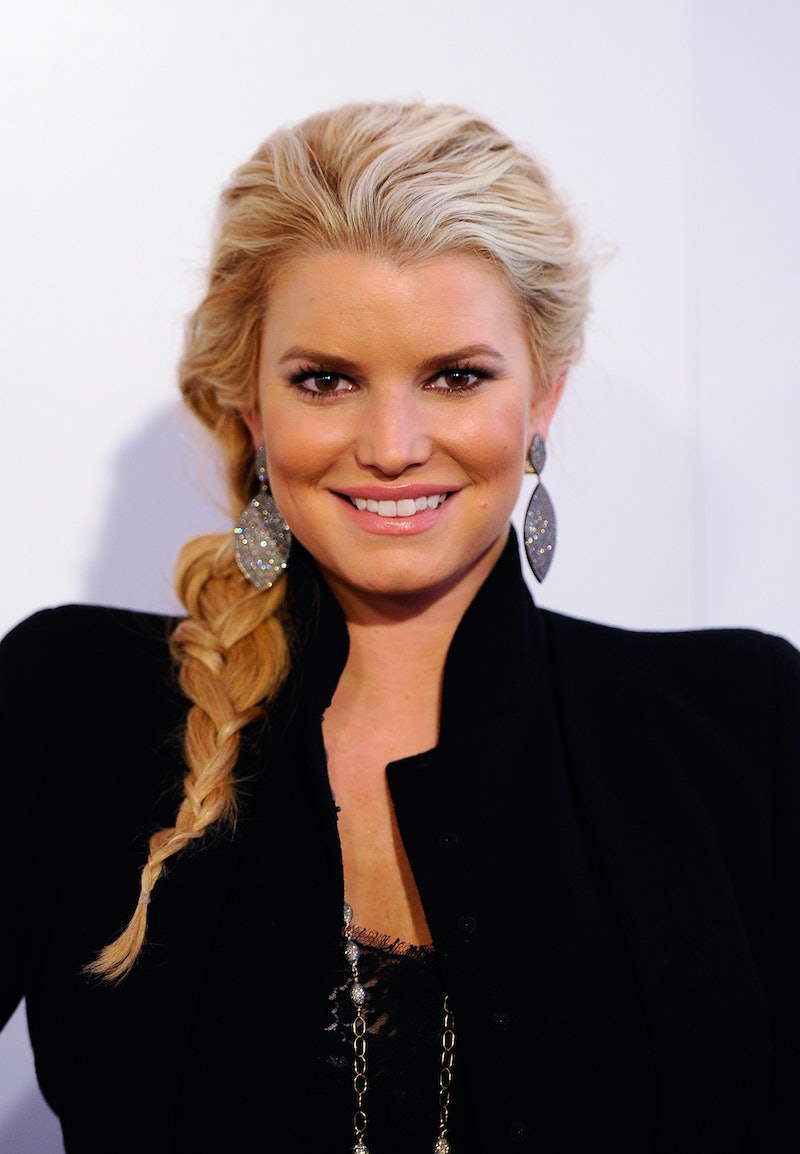 If there's anyone who's been constantly bashed by the tabloid weight police it's Jessica Simpson, but she's not letting that negativity stand in her way. In fact, Jessica Simpson's post-baby weight criticism only empowered the star to instead be body positive. In a new interview with The Today Show, Simpson addressed the criticism she faced after she didn't slim down to her pre-body baby in .25 seconds. But while some would have cracked under the media attack, Simpson had such a strong sense of self that she says "If anything [the comments] empowered me to rise above and stand up for all the women out there that do have trouble losing the weight."

Besides, Simpson pointed out that the person and the body the media was comparing her to was a lot younger and childless. "It wasn't really my priority to please the public and make them feel like I'm supposed to be looking like I did when I was 25," she told Matt Lauer.

I love her no apologies attitude, especially when Lauer asked if the scrutiny was hard because she was being held to the standards of her sex symbol self. "I don't think that I wasn't still a sex symbol," she said shrugging.

It's awesome to see Simpson breaking down that stereotype that to be a sex symbol you have to be stick thin. It's also great to hear that even though the media threw every horrible headline they could at her, she only used it as fuel to rise above.

Simpson is often critiqued for sounding stupid or being a "dumb blonde" but her body positivity comments are so on point that I think it's time everyone took her seriously — especially the media who tried so hard to tear her down. Somebody won that battle and from her positive attitude and healthy body image, it's easy to see that Simpson was the victor. You go, girl.