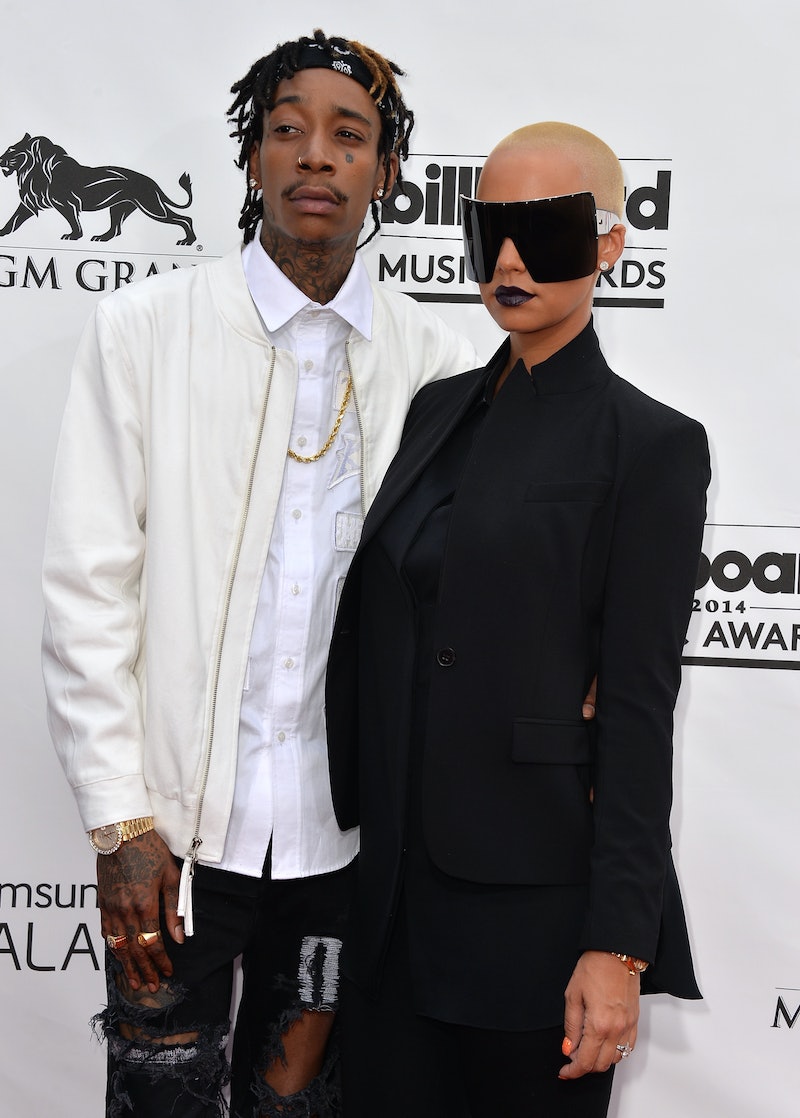 Wow, this is kind of a shock. According to TMZ, Amber Rose and Wiz Khalifa are divorcing, and Amber is the one who filed, citing irreconcilable differences. The couple, who just released wedding photos a month ago, have only been married for a year and have a 1-year-old son, Sebastian. Rumors are flying around, claiming that infidelity is at the root of the pair's split — and Amber may be the one doing the cheating. Numerous websites are reporting that, in the wake of Nick Cannon and Mariah Carey's split, Rose and Cannon may have started hooking up. Not too long ago, she signed on with Cannon to have him manage her career, and, as the story goes, sparks started flying.

Sources claim that Rose and her rapper husband have been fighting for a few months now, and that she's always had a crush on Nick — but still, the divorce seems kind of abrupt, no? They always seemed legitimately in love and into each other (the power of Instagram?). I suppose I wouldn't be surprised if they split a few years down the line, but a year after their wedding? Really? An insider said, "I think Amber is ready to move on with her life. And Nick is the man she wants to move on with."