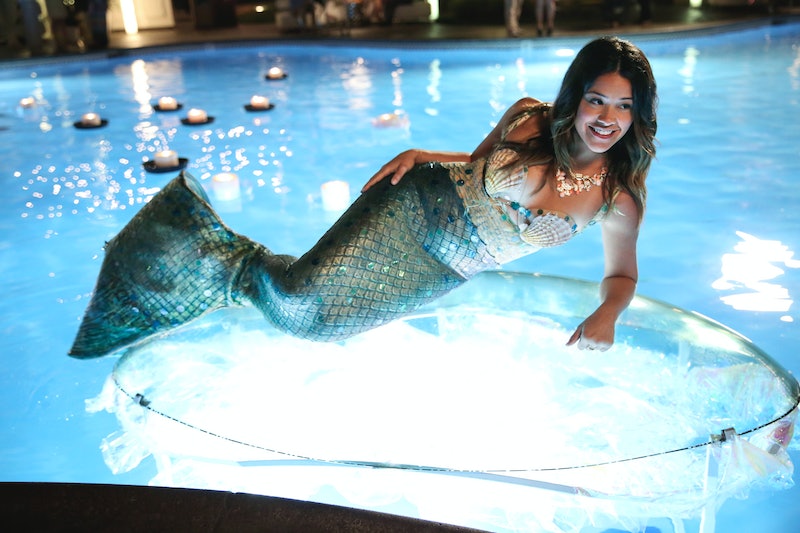 As a showrunner, fall television season can be rough water to navigate. Even if your team has crafted the perfect narrative with the perfect cast, and you've shot the perfect pilot — nothing is ever certain. Because of the bevy of unknowns, showrunners need to take the extra step to ensure their pilot is recognized by studios and audiences a like. One way to stand out in a crowd? A killer name, of course.

So what's in a name? Not to repeat every writer who's ever written about names, but as Shakespeare said: "A rose by any other name would smell as sweet." Would it? Would we be so inclined to watch CW's The Flash — if it was called Boy Who Can Run Super Fast? The Hollywood Reporter had the genius idea of asking 14 showrunners of new fall series why exactly they landed on the names they did. And their answers are both insightful and hilarious. Here's a few of our favorites, ranked on a scale of 1 to Second-Season-Order, based solely on the title.

Could Have Been: My Thoughts Exactly

Ranking: 2 — This show could be a real win, however with a title as generic as Manhattan Love Story, we won't know until those ratings slap us in the face.

He told The Hollywood Reporter: "ABC came up with Manhattan Love Story, and it was one of three finalists. … The thing that put it over the top was them commissioning artwork showing how they'd use the title to sell the show. It was tonally perfect — I immediately signed off, and that artwork is the main title card for our show."

Could Have Been: Jane the Vermin (sorta)

Ranking: 8 — this is a solid show name, and not just because it shoves sex to the forefront. Jane the Virgin grabs our attention and curiosity early on. Why is she a virgin? Why does this trait define her? From the title alone, this show isn't a gamble at all.

She said about the name: "Jane the Virgin came with the show when I was asked to adapt the format from the Venezuelan telenovela Juana La Virgen. I didn't think too much about the title at the time; I was focused more on the question: 'How on Earth does a virgin get accidentally inseminated?!' Then, my 4-year-old son asked me what my new show was called. I started to answer: 'Jane the ...' I hesitated. Sucked it up. 'Jane the Virgin.' He looked at me, confused, and asked me what a 'vermin' was. So, I told him the truth. It's a small pest."

Could Have Been: Hellblazer

Ranking: 4 — Meh. Shows named after their protagonists can be good or bad, but they certainly aren't revealing enough for a solid ranking.

Cerrone told The Hollywood Reporter: "The only other option for the title of Constantine was Hellblazer, which was the name of the character's comic book series for nearly 30 years. But TV is about characters. We feltConstantine had the most appeal for horror fans who already know the character, as well as nonfans who might be intrigued by the name. And we might get lucky pulling in the occasional history buff expecting a documentary on Byzantine emperors."

What Could Have Been: "Something like The Burbs or New Rules"

Ranking: 10/Second-Season-Order — Based off the title alone, I am instantly intrigued. Anything to do with race is a hot button issue, and audiences will tune in to see what makes this family Black...ish.

She said of choosing the name: "I feel like my kids are a little bit of a lesser version of what I remember the ideology of what black was. At the same time, all of their friends — who are mostly nonblack kids — are a little bit more black than I remember. They're sort of black-ish, all their little friends, and my kids are sort of black-ish. We're living in a world where Asian culture has influenced us and Latino culture has influenced us, and youth culture is so homogenized to a point where, if you look from our main character's point of view, he sees the world as sort of black-ish — everyone is a little bit of a layering of each other."

Could Have Been: Nothing else was ever considered

Ranking: 9 — This title successfully tells us everything we need to know about the show. It is a political drama surrounding a successful female on Capitol Hill. Sold. Did Veep's title do all that?

Hall said of the choosing the name: "I heard the title before I heard anything else. I understood it right away, which, of course, is its main appeal. Nothing else was suggested, nothing was scrapped. So the funny part of the story is that the title made it from original pitch to air, which rarely happens."

Could Have Been: Anything other than Selfie

Ranking: 5 — While I believe the intentions behind this show name were genius — it tells us what kind of people our protagonists are (ones who take and use the word "selfie"), it might alienate a large population of people who are trying to get as far away from the "selfie" generation as possible.

Kapnek was also sceptical at first, she told THR: "It was Tim Goodman's idea. I wasn't sure, but he was so emphatic. I remember being like, 'Are you sure, Tim?' And Tim was jumping up and down, like 'Yes. Yes! This is it!' (Just kidding, Tim hates the title.) We knew reaction to the title would be polarizing, but Selfie fit the show. It described more than just the act of picture-taking, it also summed up the syndrome afflicting our main characters. I think people judging the show based on title alone will be surprised when they see how the show is evolving.

See all of the 14 showrunners explainations here.

More like this
The 'Firefly Lane' Book Ending Teases Way More Tears To Come In 2023
By K.W. Colyard
Everything To Know About 'Firefly Lane' Season 2 Part 2
By Gretchen Smail
Everything To Know About 'The Peripheral's Potential Season 2
By Brad Witter
17 Wednesday Addams Quotes For Every Situation
By Grace Wehniainen
Get Even More From Bustle — Sign Up For The Newsletter