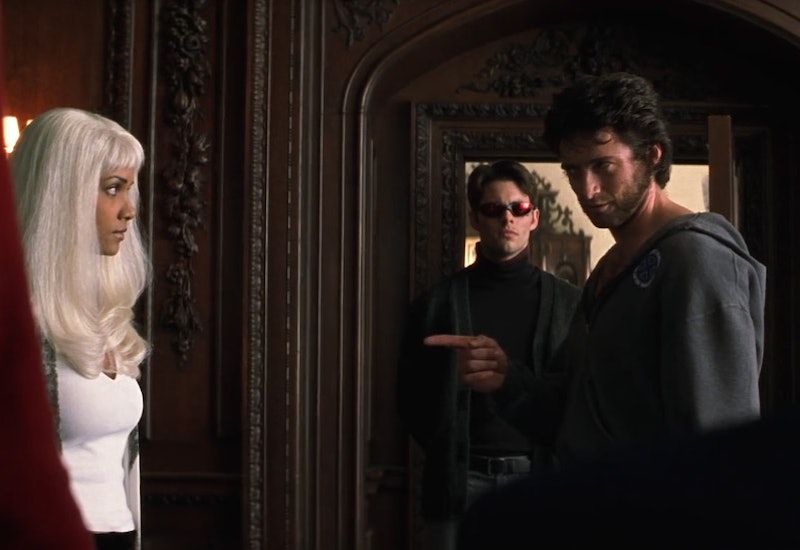 The end of the most recent film in the X-Men series threw a wrench — or should I say a re-do — into some pretty big plot occurrences from past X-Men films. Days Of Future Past did its part to provide X-Men with the reboot it required to keep going forever and ever, basically, and now we're seeing a consequence of that: Halle Berry, Famke Janssen, and James Marsden might all be absent from X-Men: Apocalypse — because their characters are probably being re-cast. And, well, that makes a lot of sense.

Don't jump to getting all butt-hurt for the originals: The recasting would purely be the result of the passage of time. The versions of Storm, Jean Grey, and Cyclops that we'll be seeing in X-Men: Apocalypse will be about twenty years younger than the versions most recently played by Berry, Janssen, and Marsden — so think of it as a less extreme version of how Sirs Ian McKellan and Patrick Stewart couldn't have played their forty-years younger self in X-Men: First Class. Plus, remember what we got the last time they made a prequel casting change like this: A James Marsden and a Michal Fassbender.

At this point X-Men's been churning out movies for a decade and a half, so it makes sense that 1) Berry, Janssen, and Marsden might not want to be in every single iteration, and that 2) it's really for the best to mix things up wherever possible. And hey, a recast of Hugh Jackman's Wolverine might not be necessary plot-wise, for example, but 20th Century Fox might want to consider that throwing him into the center of things every time can be a little fatiguing. That's not what they're doing this time around, though — so far it seems we'll just be treated to some '80s-tastic young Storm, Jean, and Scott. Of course, everyone's still being squirrelly on the subject — they won't actually confirm that these characters are even in the movie, but, you know, if they were they'd totally be played by different actors. At least that's what writer Simon Kinberg sounded like in a recent Q&A:

If we included some of the original X-Men, like Storm, Jean, Scott, and others, yeah we would have to recast them, because Apocalypse takes place a good twenty years before X1, which now insanely was fifteen years ago. It would be very hard to do.

[...] Halle, Famke, and Jimmy, and others have done such wonderful jobs of bringing those characters to life and they’re so identified, those actors, with the parts now. So it would be a tall task… So, are we going to have to recast? If some of those characters were in the movie we would.

So there you have it: Evasiveness, but the kind of evasiveness that points to certain characters being present and accounted for in X-Men: Apocalypse — just not with their usual faces. I'm kind of psyched to see who they cast, to be honest.