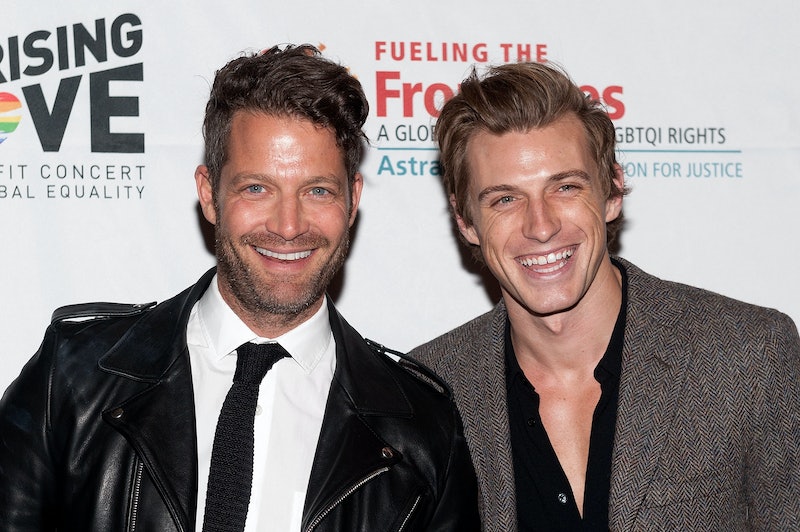 Get ready for the most gorgeous nursery you've ever laid your eyes on! Rachel Zoe Project star Jeremiah Brent and designer Nate Berkus are expecting a baby via surrogate. Yay! Berkus and Brent tied the knot in May at the New York Public Library, and now, a mere five months later, baby almost makes three. Both men broke the news via their Facebook pages, Berkus writing, "Wanted to share some exciting news… We have had the most special year and its JUST become even more beautiful. We are happy to announce that we are expecting our first child!" The designer didn't reveal many details about their baby or who the surrogate is, but he and his husband are both obviously over the moon.

When Brent and Berkus first got together, I'm not gonna lie: I was pretty excited. In addition to them both seeming like generally nice people, the pair kill it respectively in the home decor department. Zoe's Brent-decorated home? Berkus' Target collections? Flawless. Of course, there's much more to life, and being being a parent obviously, than having a good sense of style, but let's not front, you guys — their kid's room is going to be amazing. Ooh, maybe they'll come out with a children's line?

Congrats to the happy couple! Can't wait to see pictures of the little cutie! (And his or her nursery, natch.)